Between Us @ Arcola Theatre Review

That ideal we call ‘privacy’ appears to now, more than ever to be a thing of myth. If you’re not being filmed by CCTV cameras then you’re having to reply to a barrage of work related emails. Those quiet, unassuming moments are a luxury, a means to recuperate and prepare for the following days obstacles. We’re taught to build up a wall, to keep problems and concerns to ourselves, but what happens when everything gets too much, and you need somebody to talk to?

Written by Sarah Daniels, Between Us acts as the 21st century confessional; laying bare the anxieties and struggles of our contemporary climate. With schedules getting busier and the 24 hour clock not containing enough hours within the day, week or month, how can we all be expected to bring up the ‘perfect family’ or maintaining friendships/relationships whilst simultaneously dedicating much of our time in the workplace? This question steadily simmers throughout the piece, placing the construct of family and relationships at the centre.

The therapy session framework provides the production with a range of verbatim-esque performances. The simplicity of the staging, consisting of only a solitary chair centre stage allows for the performers to unravel in their thoughts and feelings. The presence of the therapist, although absent physically onstage omnisciently oversees the production. It could easily be imagined that a quiet yet analytical figure nods and responds in agreement to their patient.
John Burgess directs a understated and subtle production. Callum Dixon‘s Dave radiates an honest charm. A father struggling to bond with his daughter, his immature teenage past threatens to catch up with him as the uncontainable emotional tie between himself and his family wavers.

Georgina Rich‘s strait-laced, well meaning Teresa partially unveils the heartbreak that deeply lies underneath the perfection seeking veneer. A mother intent on keeping the family dynamic afloat, Teresa finds herself conflicted between her dwindling relationship with her husband and her life affirming dream of embracing motherhood. Taking on the life changing decision of adopting their children, Theresa’s husband’s protesting thoughts colour in the unspoken turmoil of the couple. Charlotte Cornwell gives a commanding performance as the Therapist turned Stand Up Comic, Julia. Her sultry tones delivering sharp yet bawdy one liners, whilst reality permits her to reconnect with her daughter Kath (Georgina Rich) whom she adopted earlier on in life.

The intimate setting of the production, with the audience sat around the stage reinforces the importance of the characters testimonies. The cast speak out to the audience, proactively making the audience the listener, the therapeutic authority. Sarah Daniels’ script confines itself between the four walls of a therapy session whilst drawing on the outside world, with universal themes of family, love and relationships. The stripped back narrative structure depends on the revelations and interactions of the cast, however the production doesn’t fully allow for the characters to develop therefore becoming monotonous after the initial therapy scenes. As a result, the seemingly relatable cast become distant, making it difficult to connect to their stories. 3/5 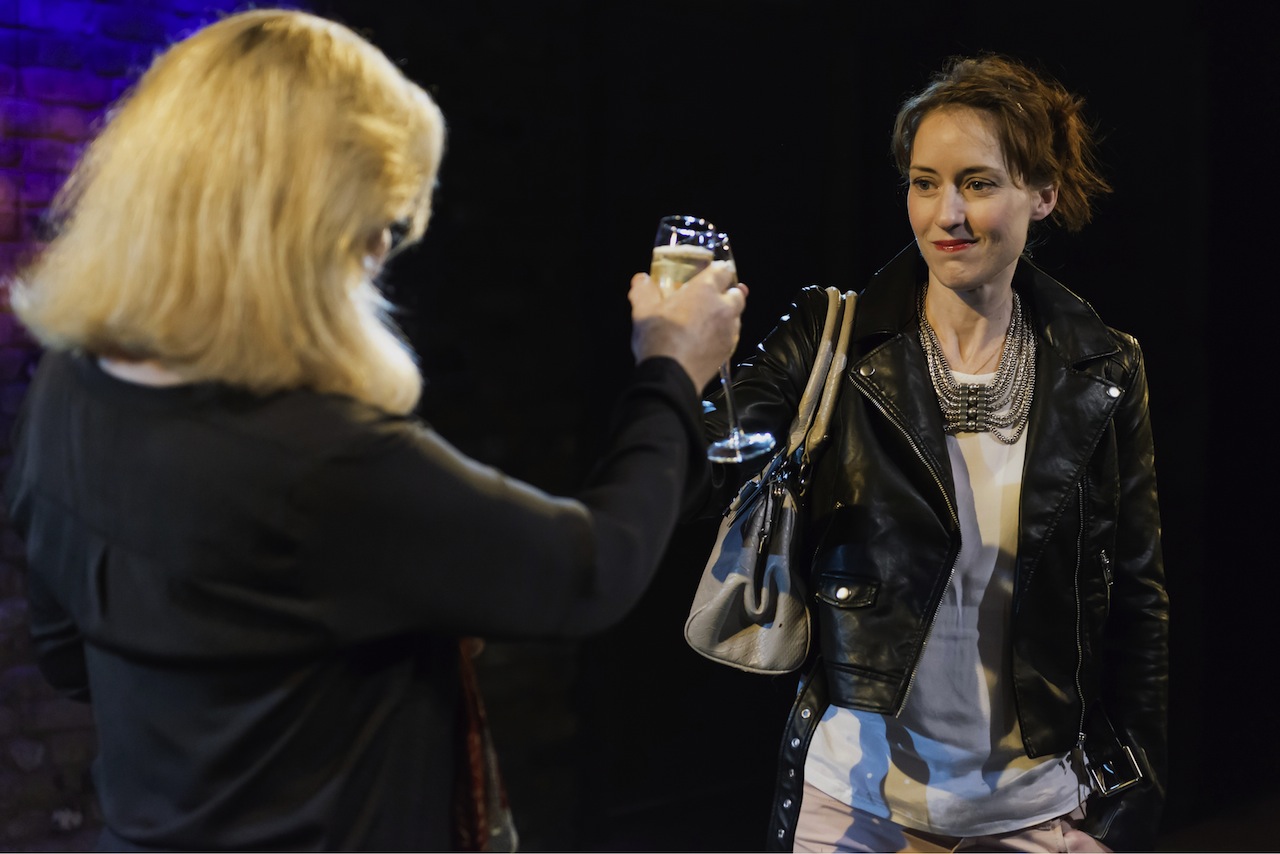 Between Us is currently on at the Arcola Theatre until June 21st. For more information on the production, visit here…