Sheila Atim speaks to Theatrefullstop about her current role as Vinette in Ché Walker’s production of Klook's Last Stand! 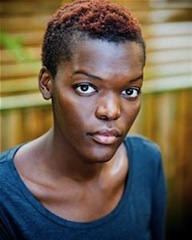 A talented singer and song writer in her own right, Sheila Atim has always had a passion to act. With both the Theatre and Music worlds working hand in hand, Sheila has been able to showcase her musical abilities within theatrical arena. She’s currently starring in award winning playwright, Ché Walker’s production of Klook’s Last Stand, where she plays the feisty Vinette. Ahead of press night, I was able to speak to Sheila about working with Ché, working in a small cast and why it’s important to surround yourself with artistic people!

You’ll be starring in Ché Walker’s play, Klook’s Last Stand at The Park Theatre (from Wednesday 11th June). Could you describe what the play is about?

The play is a love story between two people who are in very interesting places in their lives. I’d say the experience that they share together will change the course of their life, both of them forever.

You’ll be starring as Vinette, could you describe your character?

Vinette is feisty, she’s intelligent, she’s got an old head on her shoulders! She’s in her 20s but she’s quite mature and she’s got a lot of love to give. This relationship that she goes through in the play really helps to bring the love out of her, because she’s found that hard to give that before. She’s a very interesting character; she’s got a bit of mystique about her.

Is that what drew you to the play the character, the fact that she’s mysterious, she’s complex, there’s so many different elements to her?

Yes, it’s always nice when you get a character who has got different elements, layers, different facets, it’s not just a one dimensional character. That’s one thing that Ché (Walker) is very good at doing. He’s very good at creating real people, people that could exist, people that have got a history, people that have got a present and a compelling history and a compelling future. The second I heard that Ché had written it, I already wanted to be involved! When I read the script, there’s so much in it for me to explore as an actor for the character that it was impossible to turn it down!

So how for you do you find playing the role? And do you identify with her at all?

I do identify with her in some aspects and I think, as an actor, it’s important to try and find, even if there’s a character you’re playing who’s completely poles apart from what you would consider as your own personality (a common ground). I think it’s important to try and identify if possible, the areas where you are similar to your character, it always helps. I’d say there definitely are some similarities between the two of us. It’s interesting because even though that is the case, it’s still very challenging to play this character because her past has got quite a lot going on. It’s trying to encompass all those things, and keep hold of all those things while you’re acting in the present and playing out the story that is being shown to the audience at that time, but still holding onto all the, where they’ve come from, who they’ve been (etc). That’s quite challenging because she’s been through quite a bit for someone in their early 20s.

Klook’s Last Stand see’s you reunited with Playwright and Director Ché Walker after starring in his production of ‘The Lightning Child’ last year. What’s it like working with him?

It’s great! I’m a great admirer of Ché’s work, I think his plays are fantastic; I’ve been to see some of the plays he’s directed as well just as an audience member and I think he’s a great director. It’s interesting because this time round, even though he was present in some of the (Lightning Child, directed by Matthew Dunster) rehearsals, he wasn’t always there. We’re working with him in quite a different capacity this time round. He’s so good to work with because he just allows everything to be so natural. It makes everything easier in a way, to have someone who’s going to allow you to do what you’ve got to do and give you a bit of guidance. It helps when you’re working with a brilliant text like his so it’s been really nice to work with him.

Could you describe the rehearsal process for Klook’s Last Stand? In comparison to The Lightning Child, are their any similarities?

The similarity is that they both have music in them. You’ve got to try and split the time between learning the songs and working on the text. It’s very different however, because The Lightning Child had such a big cast and it was such a big production, it was on at The Globe, there was a lot going on whereas this is really intimate, it’s quite minimal and there’s only two of us. It’s quite exposed with regards to the music (there’s) solo’s, duets whereas in The Lightning Child you had massive choral sections and loads of different instruments going on. Because it’s the same writer’s text as well, they are quite similar ways of approaching it, naturally because of the way he writes and what that lends itself too in terms of how to really get into the text and access it and find out where it’s coming from.

How do you find working in a small cast of two?

The last show that I did before this was a three hander. I didn’t have as much to say, this one’s a lot more dialogue heavy, there are a lot more long monologues. It’s not really easier or harder, it’s just different. In The Lightning Child, I played a part which was mainly singing and dancing. I had a few lines here and there, but my presence was probably the most important thing. I was just on stage a lot, as one of the Milads. We were just always reacting to whatever story was happening at the time and we were contributing to it, but not necessarily in a vocal way. We weren’t necessarily the main feature of the scene or we weren’t necessarily speaking and interacting with the main characters at that time. This is different; it’s not the main focus and the secondary focus, because there is no other focus. They’re both very interesting to do and in terms of the work load around it, here I’ve got a lot to do with regards to learning lines and learning some songs. With The Lightning Child, I had a lot to do with regards to learning dances, which I’ve never done before so it balances out at the same time.

For any aspiring actors and musicians out there, what advice would you give them?

Surround yourself with as many like-minded people as possible, that’s the main thing that I learned. I went to Uni to do a Science degree, I’d already decided, obviously, my plan was to do medicine, (but) that plan had sort of disappeared and I thought I want to pursue the arts but let’s do the degree to keep mum happy and have something to fall back on! The main thing that I made sure I did during the whole of the degree was I went to (an) arts College that I trained at which Ché teaches at in Belsize Park. I took classes there on a Sunday and I just made sure I always kept myself around artistic people, so that it just keeps it alive. Because the arts can be a really difficult sector as well, it’s important to keep yourself inspired and keep yourself reminded as to why you love it!

For the Theatrefullstop review, visit here…