Presented as part of the LIFT festival 2014, Belarus Free Theatre return after a successful run with their show Trash Cuisine and with them bring the thought-provoking ‘Red Forest’. Focusing on the issue of man-made destruction, the production follows protagonist Aisha as she travels the world in the search of safety for herself and her daughter. 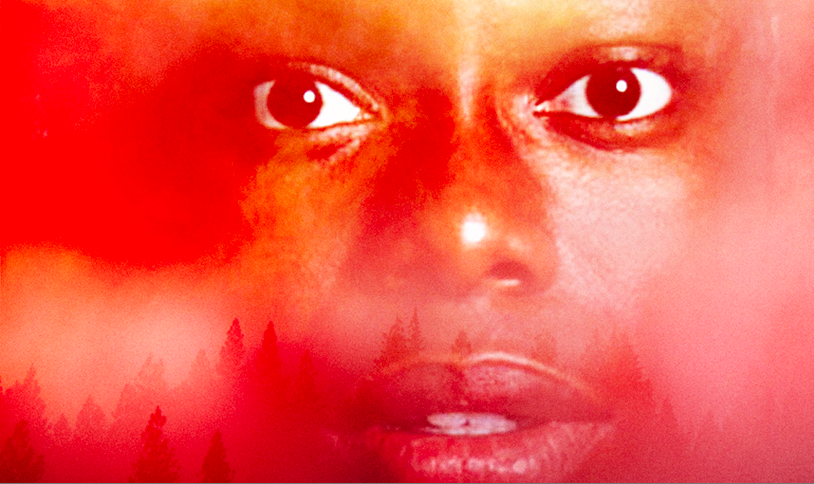 This is an amazingly well crafted piece which has an abundance of atmosphere from start to finish. The actors were so transfixing that it took me a while to notice the musicians surrounding the stage, but realising this was truly a delight. It made everything feel a lot more organic and spontaneous; the musicians weren’t just playing a soundtrack, they were feeling the atmosphere and responding accordingly. It really intensified the entire performance and added an impressive creative element to it.

I’m usually not a fan of pieces which lack dialogue, but Red Forest was the most successful use of this that I have witnessed. The individual monologues performed subtly at the sides of the stage gave us just enough insight to understand the context of the scene, but didn’t continue long enough to take away from the movement onstage. The physicality of the actors never faltered and the choreography was fantastic, everything was fluid and eye catching. The only criticism I have is that some of the movement sections went on a little too long, which was when the lack of dialogue become evident.

With each country we visited came the emotional stories of struggle and destruction. Aisha was the link that united each scene, and while her character was powerful individually she also captured the audience as a whole as we all went on the journey together. It was a moving sentiment that despite different nationalities, when faced with a crisis we unite and forget all that keeps us apart. Many of the scenes were shocking, including the gang rape of Aisha which left many members of the audience in tears. However the use of shocking material was done tastefully, leaving an echoing silence throughout the theatre as the audience reflected upon what they had seen.

I left the Young Vic feeling exhilarated and impressed. Michal Keyamo, who played Aisha, kept me on the edge of my seat with her performance. For an actress with no dialogue, her ability to transfer emotion was incredibly impressive. The entire cast were crazily energetic and focused, setting a tone of passion and dedication. Belarus Free Theatre opened the audience’s eyes to what is happening in the world around us, while uniting us through our humane instincts and emotions at the same time. Go and see it, I implore you! 4/5

Red Forest is currently showing at The Young Vic Theatre until Saturday 5th July as part of this year’s LIFT festival. For more information on the production, visit here…