If you get a chance to go down to Greenwich during this week and catch some of the performances of the Greenwich+Docklands International Festival I compel you to not miss that opportunity. It is a wonderful initiative where you are exposed to a number of different companies producing short outdoor performances of mostly physical theatre/dance and acrobatics – free of charge for everyone.

I had the opportunity to witness the extravaganza of this festival: the performance Muaré that, size-wise, beats all others. Brought to us by the company Voalá, it involves a massive crane manipulating mobiles that hold aerialists. This performance moves through many shapes and forms: the crane moves the structure up and down and over our heads whilst the performers create images with their bodies. It makes for stunning visual effects leaving the whole of the audience engaged and fascinated. There is no storyline, it is merely and justly a feast of visual elements, colours, shapes and lights: the daring of something bold and exciting hanging above our heads in the sky. There are technicalities that make the waiting long before we are actually presented with the performance but I still believe it is worth the wait. In the midst of fireworks and the live music of Duchamp Pilot it was definitely a different and pleasant night out. 4/5 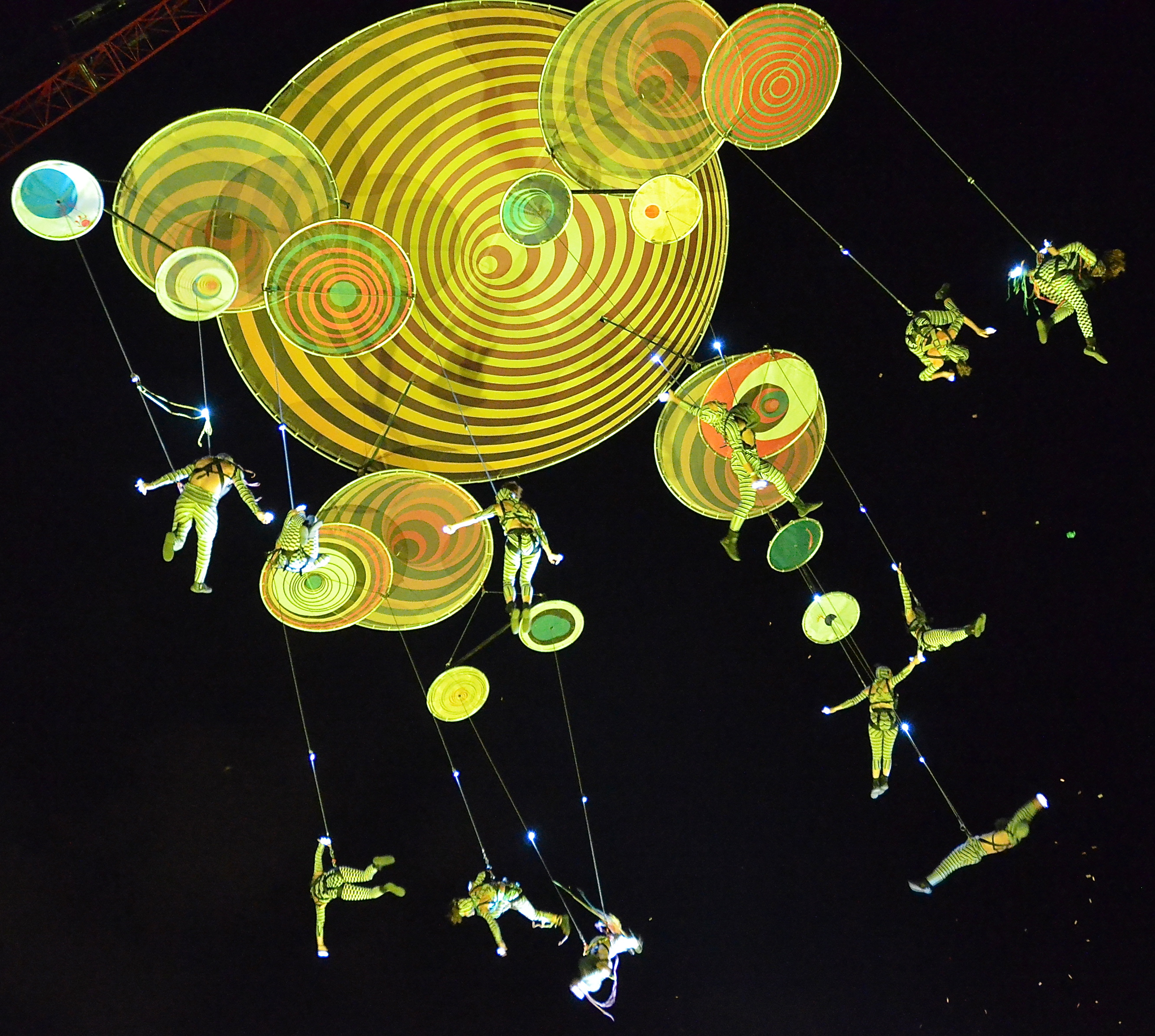 Another performance I was able to witness was entitled Bench by the company Mimbre. One performer sits on a bench with an innocent outlook on the numerous passers-by, the most bizarre and extraordinary characters that come and go while she still sits, observes and waits for her loneliness to be less real. The acrobatics and the physical abilities of these performers are very impressive – they effortlessly create unusual gorgeous images with just their bodies in interaction. It made the audience gasp, clap vigorously and laugh at the simplicity of the sudden physical constructions. However, the most delightful part of this show is not the tricks but the displays of character, the personality shining over the acrobatics. I did miss a stronger coherence between the scenes, a crescendo or an end to the story of this young woman who sits in a bench. I wanted to know more about her and what that day had changed in her life. Overall this show is made of precious short moments but lacks a more comprehensible structure. 3/5 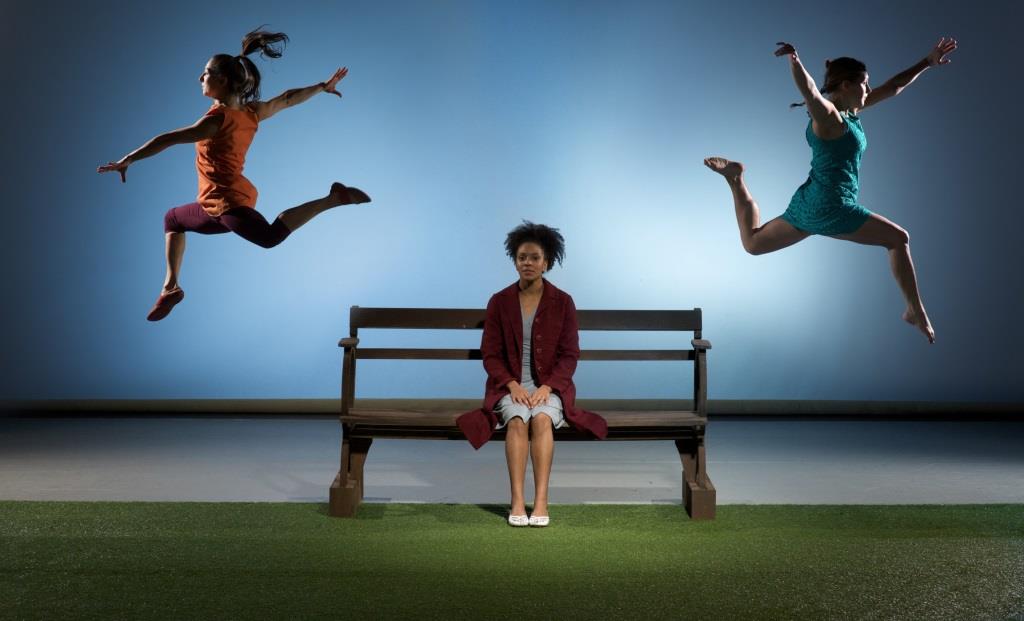 Joan Català, the creator and performer of Pelat, is a funny intriguing character. His only prop is a giant wooden stick holding a bucket with a few random yet carefully selected items, and he impressively balances this heavy stick on his shoulder. He speaks a basic yet non-existent language – almost resembling and sounding like a horse at times. Master at creating anticipation and excitement through his fierce and compelling concentration, Català makes his show work along with four spontaneous volunteers that he picks out from the audience. The audience interaction makes the rest of the piece a hilarious journey that finds its peak in the end. Català climbs the stick held vigorously and balanced through ropes by the four male volunteers that have become by now beloved characters of this show – he then balances on top of the stick in an amazing feature of courage. It does make you think of the daring touristy performances of Covent Garden that involve expectation and balancing on dangerous platforms. But there is a degree of artistry, character and mystery that I had not seen before. 4/5

The reason why these performances are relevant is because they bring something new, unseen, a fresh new perspective, structure or means of communication – for that I shall be returning to GDIF over the course of this following week.

Muaré, Bench and Pelat were all shown as part of this year’s GDIF Festival. For more information on the event, visit here…