The Last Days of Limehouse @ The Limehouse Town Hall Review

Last Thursday I made the trip to East London to a Town Hall to see The Last Days of Limehouse, a work which explored the dismantling of the original London Chinatown and its lost legacy. The play focussed on Eileen Cunningham , who grew up in Limehouse’s Chinatown before moving to New York. When she returns, she finds her childhood home and community facing annihilation under the guise of “slum clearance” and “progress” and so she organises a campaign of resistance. The play centred on Eileen’s attempts to resist the total eradication of the original Chinatown and how the community would cope with the ramifications of the council’s decision. 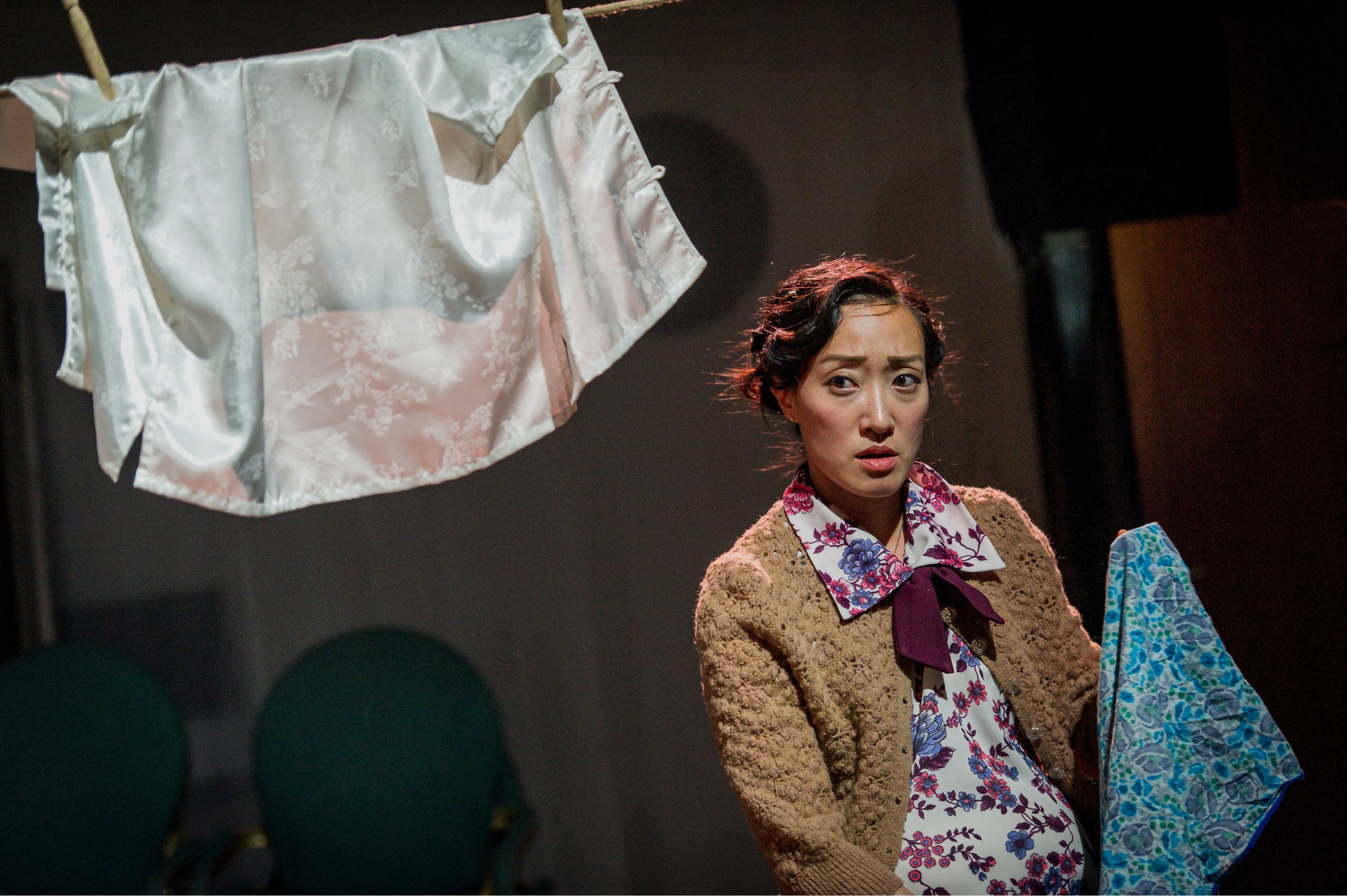 Having collected our tickets, we went upstairs to the main room. There was very little seating, just some tables and chairs dotted around whilst a slide show played original footage of East London’s Chinatown. I was surprised buy how the tired municipal building made both an authentic venue and offered an excellent theatrical space. No-one was really sure when the play was starting as the actors and the audience were integrated in a promenade production (except that the actors in costume had coats on and it was at least 30 degrees outside). The immersive production gave me, as part of the audience, the sense of being included and part of what, could feel like, a subject that is little known about and of niche interest. Instead, you felt like an integral part of an assembly at a council meeting watching the debate and the changes unfold and motions were made to remove both the buildings and the community that made up the original Chinatown in the late 1950s.

In all ways this was a community project. The show was not highly polished, had a limited budget and sparse scenery but the acting from the central cast was impressive and the script was well put together and rehearsed, with some genuine moments of comedy and pathos. Aspects of the work felt more professional than some other productions granted more funding and greater resources. Yet despite being a small production, it explored some big questions: is change progress? Can you or how do you quantify community and spirit and how does this effect decisions regarding social housing and the relocation of people and places? The play also explored the nuances of culture such as the simultaneous joy of belonging to a community and the isolation that being of dual heritage can cause a person.

The final scenes of the play felt a little rushed as the play rattled through the key events of the Limehouse community up until the present day through a series of vignettes. Yet there also felt no alternative resolution to the play because the issues surrounding community, social housing and cultural heritage are still so relevant and pertinent today that the play could not just stop abruptly and leave the story languishing in the past. Having expected very little from the play, I came out of the Town Hall feeling very impressed by the theatre I had just been part of and with my head filled with questions that I felt the play had posed.

This is a very well put together production, like entering a living museum about a subject matter that, without theatre like this, could well be lost forever. Immersive theatre with a thought provoking story and a great cast: a steal at just £15 a ticket. 4/5

The Last Days of Limehouse is currently showing at the Limehouse Town Hall until Sunday 3rd August. For more information on the production, visit here…