Aracaladanza is a Madrid based company that has been touring the world and sharing their work for almost two decades. At its root is Enrique Cabrera that is also responsible for the concept and direction of their latest show: Clouds (Nubes). This company combines contemporary dance and a creative use of props and scenic elements to produce quality shows aimed at children and families. 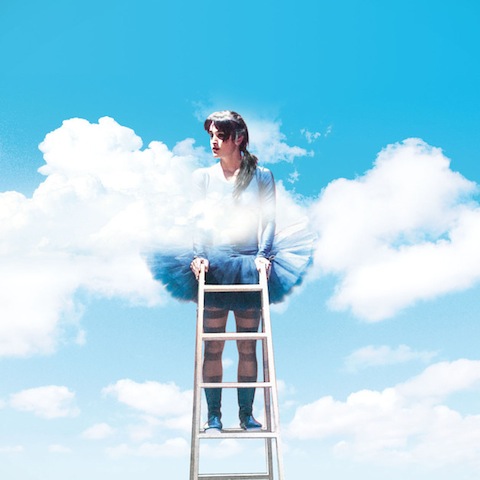 In Clouds anything can happen, the imagination is free to run wild among the performers that act and dance a number of different playful situations. The concept behind and interlinking all of these is nothing but the title word clouds and everything that can spring from that image. Clouds turn into sheep, clouds pour out rain and snow, clouds soar and linger in the air and are light as well as heavy. The original music by Mariano Ramos adds the indispensable touch of magic this show requires and enhances this surreal world.

The performers play with their bodies in the space through danced movements and many times it does feel merely a game, where they create images, physical tricks and illusions that leads to beautiful images. However, there doesn’t seem to be a through line in the scenes, nor a goal any more complex than to play, explore and create visually entrancing moments. As a distinct performance style it is completely valid as it does its job brilliantly.

A slightly out of context but yet absolutely marvellous moment is when the performers dance with their shadows, in perfect sync until the shadow becomes its own self and detaches itself from the performer. It is a clever and impeccably constructed scene. The way these performers make use of random objects such as tables, giant apples, ladders, clouds made of balloons, doors and costumes to create this world of endless possibilities is the way through which this performance creates its unique imprint.

And because the best measure of success of a children’s show are the little ones that observe, I felt compelled to analyse their reactions and attention to this hour-long unplotted show. After asking a very little girl if she had enjoyed it and having received back a smile and a positive answer the verdict can only be positive itself. It is beautiful to see children’s openness and freedom at play translated into a show. It is a good recipe, for a child seeks only to be amazed at the growing possibilities of life, much like what a performer should eternally seek. 4/5

Clouds is currently playing at the Queen Elizabeth Hall until Wednesday 30th July. For more information on the production, visit here…