Dessa Rose is a musical masterpiece based on the novel by Sherley Anne Williams, about a young pregnant slave girl in the Antebellum South of the United States, who stumbles into an unusual friendship in her tumultuous bid for freedom. With Broadways foremost theatrical song writing duo of their generation, Lynn Ahrens and Stephen Flaherty, behind the production, Dessa Rose achieved rave reviews back in its 2005 American debut, snapping up the 2005 Audelco Award for best musical, Drama Desk and Outer Critics Circle nominations. Now, at the critically acclaimed Trafalgar Studios, Arion Production Ltd presents The European Premiere of Dessa Rose, the smash hit sensation that pushes the boundaries of contemporary musical theatre productions, through its stylish use of minimal set, innovative staging, unforgettable music and lyrics and downright heart rendering plot. 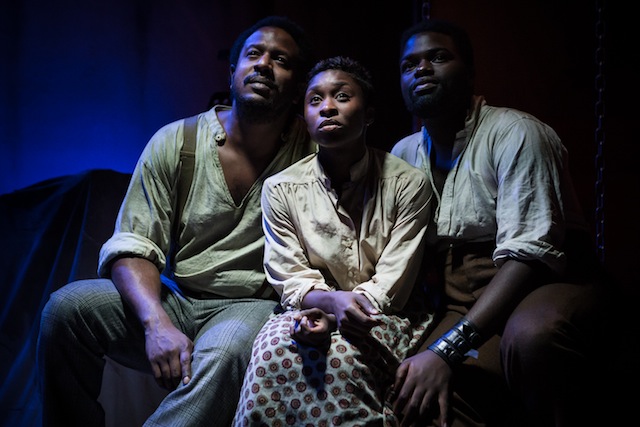 With a cast to die for, I have no doubt that this fantastic musical will become just as popular in The West End as audience favourites such as Wicked and Oliver! and pretty much anything written by the musical theatre legend, Andrew Lloyd Webber. Whilst classically trained RADA graduate, Cynthia Erivo (best known for her most recent leading roles in I Can’t Sing, The Colour Purple and Sister Act: The Musical) tackles the main role of Dessa Rose, lending her beautiful voice and experience to the production, she stands her ground next to the musical fireball that is Cassidy Janson, who portrays the character of neglected southern belle, Ruth. Jansons immense talent has thrust her into The West End spotlight in award winning productions over the years, as she’s played Kate Monster/ Lucy the Slut in Avenue Q, and Elphaba in the original London cast of Wicked, so to now see her stunning audiences once more with her tender and heartbreaking portrayal of the seemingly “helpless little white woman”, will be sure to please hard-core theatre goers for sure.

Based in the smaller of the two studios at The Trafalgar Studios, with only 100 seats, the emotional intensity of Dessa Rose is amplified by the intimate arena, and with minimalistic set that has been stripped back to a few versatile wooden blocks and some hanging chains, the audience can appreciate the true nature and atmosphere of the play and its setting, without any extravagant and unnecessary scenery or props. In fact, being stripped back to the bare minimum somehow better helps the play along in its story, making it more gritty and real, with nothing to really separate the characters from us. As well as the actors being less than an arms’ reach away, the band are also situated on and around the stage permanently throughout the performance, yet again it does not distract from the plot, and in fact once again helps the situation to become more accessible for the audience. Dessa Rose is without a doubt this years’ must see musical production that will not disappoint. 5/5 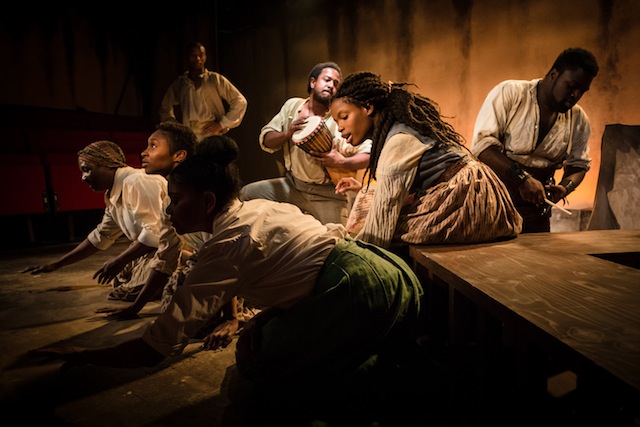 Dessa Rose is currently showing at the Trafalgar Studios until Saturday 30th August. For more information on the production, visit here…