The Return of the Soldier @ Jermyn Street Theatre Review

Adapted from the 1918 novella by Rebecca West, The Return of the Soldier follows the story of three very different women as they react to the return of Captain Christopher Baldry (Stewart Clarke), sent from the war with a severe case of shellshock. With his shellshock comes a severe case of amnesia, causing him to forget his wife Kitty (Zoe Rainey) and lust for his first love Margaret (Laura Pitt-Pulford). It is a brand new musical with music by Charles Miller and book and lyrics by Tim Sanders. This production was truly a pleasure to watch; the music was beautiful, the directing was flawless and the cast are all incredibly talented. 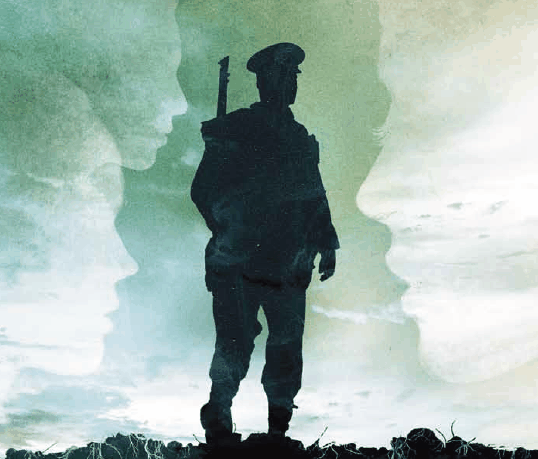 Throughout the show I was continually struck by powerful empathy for each of the characters. The cast knew their roles inside and out, performing with such honesty that the audience/character connection was one of the best I’ve ever felt. Zoe Rainey managed to take the bitter, snobby role of Kitty Baldry and make me root for her. Laura Pitt-Pulford was truly humbling with her Margaret Grey and had me arguing with myself who deserved to be with Christopher more; it was a joy to feel so emotionally invested in their performances. Michael Matus played the sweet, simple William Grey and provided the show with some much needed light heartedness and humour, whilst also successfully transitioning into Dr Anderson with brilliant ease.

There were a few things which kept this performance from earning five stars. Firstly, the music grew somewhat samey after a while; there is only one or two which I can remember the tune to. The music was appropriate for the WW1 time era, and in particular the numbers which incorporated all the cast members made the hairs on my arms stand up…but this perhaps was more due to the lyrics and actors voices as opposed to the music itself. Secondly, I found the relationship between Jenny Baldry (Charlie Langham) and Christopher to be questionable. I didn’t really believe that she was jealous of Margaret because she liked to go out and play with her cousin as a child. It seemed a bit farfetched. This has nothing to do with Langham’s playing of the role, as she certainly did all she could with it. However, I think her solo number and speeches didn’t go into the depth that they needed to in order to explain her neurotic jealousy. It made me feel detached and confused by the purpose of her character.

However these were very minor blips in the hugely successful show. The intimate fringe setting really worked and I would definitely watch it again. Not to be missed, I can see this show moving on to bigger things and wish it the best! Go and see it while you can. 4/5

The Return of the Soldier is currently showing at the Jermyn Street Theatre until Saturday 20th September. For more information on the production, visit here…