“What would you do if we was the last two people on earth?”
“I’d think how unlucky I was to end up with you.” 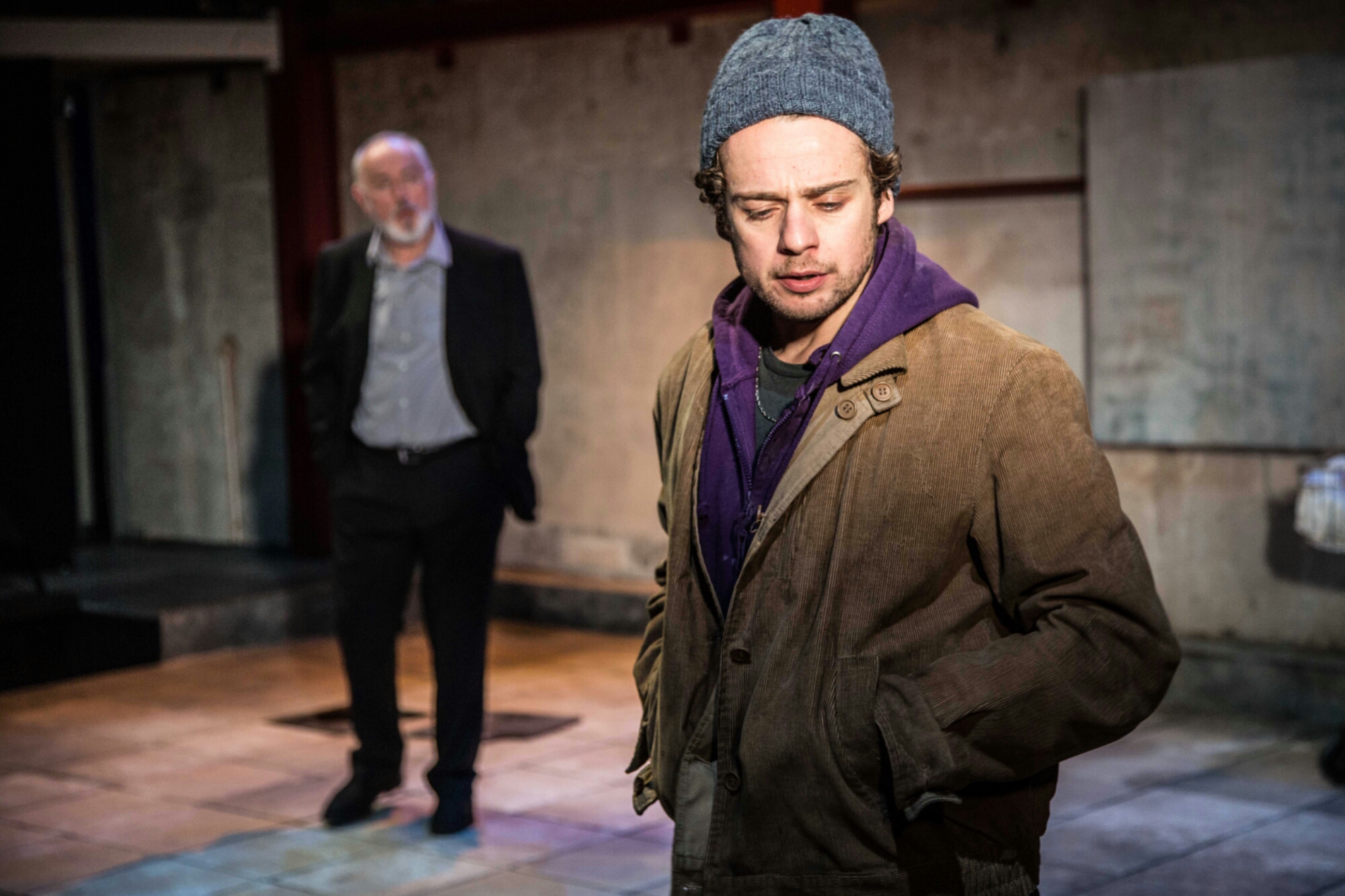 They say sometimes connection flairs between the most unlikely of strangers. Jonah and Otto reveals a day shared between a thief and his potential victim: an existential to-and-fro of love, God, regret and loss. Tim Stark directs Peter Egan and Alex Waldmann in the London premiere of Robert Holman’s last-penned play, exploring the intricacies of human nature through two men who crave affection “above all else”.

The play begins with the elderly Otto caressing the warm brick of a park-wall somewhere along the coast of Southern-England: a quiet seaside town. Otto is a clergyman who no longer believes in God, “because God doesn’t believe in me”. Regretful and self-deprecating, Otto’s desire to be accepted as-is finds him drawn to a man who would rather accept no one: the homeless, hurting Jonah, who wheels his six-week old baby girl through the streets in a rusted shopping trolley. What follows is angry, painful and tender: two unlikely friends growing bold and shy in turn, frightened of the honesty demanded by the other’s eyes; slowly revealing their truest selves in a bid to be understood.

Jonah and Otto is a daring and heartfelt play, touching on the biggest of life’s questions via the most ordinary of setups (perhaps the best summary of this comes from the script itself: after Jonah’s comment on theology and philosophy being “big words”, Otto’s refute: “Small words. Big ideas.”) In Jonah and Otto, Holman contrived a complex and intimate connection between his protagonists, the likes of which all writers strive for. Exploring the peculiarities of ‘ordinary folk’ is a common theme in Holman’s work. However, be aware that this play stays true to its subject matter: as all the biggest questions in life are constantly asked and never answered, this play sometimes beats its fist a little too hard at the heart of its themes, regurgitating dialogue and character flaws in fresh waves of existential angst that feel, at times, relentless.

The production asks a lot of its audience in terms of setting: sparse props and harsh lighting seem to indicate a state of urban decline typical of the inner city but out of place in a grassy public park in an affluent seaside town. But the quality of its cast is what makes this production a must-see: Peter Egan finds in Otto a figure that demands our empathy and compassion despite his shortcomings, whilst Alex Waldmann’s Jonah is constantly compelling, seeming always vulnerable even whilst at his most aggressive. Together the pair display an alternative father-son dynamic as charismatic and comically frustrating as that of Walter White and Jesse Pinkman on the small screen: devoid of moral compass, they forge a microcosmic community between themselves, and give you the impression that if it really was the last day on earth, it might not be so bad after all. 3/5

Jonah and Otto is currently showing at the Park Theatre until Sunday 23rd November, for more information on the production, visit here…