Writer and Director Tom Crowley speaks to Theatrefullstop about his new production, Ghost City to be performed at the Vaults Festival 2015! 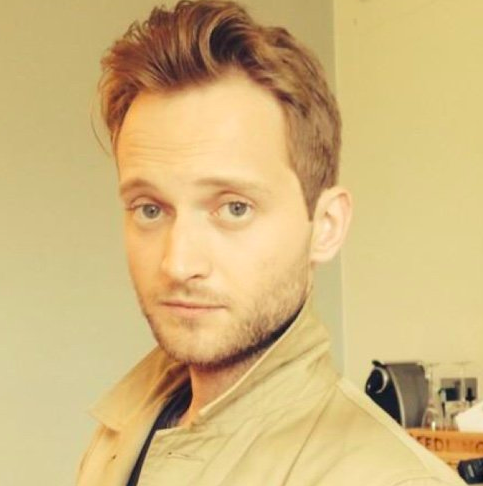 Initially developed on the reputable Royal Court Young Writer’s programme, Tom Crowley’s Ghost City couldn’t be anymore timely, as the show questions the lengths the government will go to in order to distract the nation’s attention away from the topical issues of unemployment, the cost of living and homelessness by the installation of unnecessary pieces of artistry. As the founder of Crowley & Co. prepares for the company’s performance of Ghost City, he speaks to Theatrefullstop about what he enjoys most about directing the show, how developing the show at the Royal Court has proved inspirational and his hopes for what the audience will take away from the performance.

What attracted you to directing the play?

I first directed my own writing at the University of York‘s Drama Society. My first play, Shed, was partly tailored to suit the student drama venue, the Barn – converting the Barn to the Shed wasn’t a huge effort – and while writing it I was actively trying to imagine the logistics of staging and the different ways an actor might interpret the characters. Putting a show together is something I really enjoy, and while staging other people’s writing is a delight all its own, for me, the ultimate challenge is leading a project which has sprung entirely out of my own head. When I write something that is mine from the ground up, I always want to have a crack at putting it on myself, otherwise it never really feels finished.

What did you see as the biggest challenges facing you in bringing Ghost City to the stage?

The support of our illustrator Charlotte Kaye and our composer Odinn Hilmarsson meant that I knew from the outset that we’d be able to create something really involving – I suppose the really apparent challenge is capturing a sense of scale in a smaller Fringe venue. The action of Ghost City moves from a huge open building site to pokey mobile home living room in an instant and we’re going to use company movement, lighting and sound to transport the audience between them as seamlessly as we can.

What did you enjoy most about directing Ghost City?

We’re still in the early stages of rehearsal at the moment, as we’re not on until Week 5 of Vault Festival 2015, but so far I’ve really enjoyed the casting process. Seeing how many different voices, looks and energies could conceivably fit together to create the finished show is a very exciting type of knitting, even if having to let people down is always heart-breaking. I’m most looking forward to the first full run, when the scenes and transitions finally get bolted together and the final product finally appears.

You developed the play at the Royal Court, do you think that environment had an effect on the play?

The Young Writers Programme (as it was called back then) was inspirational, not just due to Leo’s tutorship and the other amazing people on the course, but also due to the fact that during the lessons, we were sitting amongst reminders of some of the most exciting theatre of the last sixty years. The model box for the first production of Polly Stenham’s No Quarter was sitting in the studio space during our time there, and in the literary office itself, original typed manuscripts and bound rehearsal copies of an innumerable number of legendary productions lined the walls. The message was very clear: there’s an enormous amount that can be done and has been done with theatre, and now it’s your turn. Get going.

The play deals with an economy in ruin, high unemployment and a dissatisfied populous, did you feel the play was inspired by recent events and current affairs?

The original inspiration was the discovery of the Chinese ghost cities, particularly the largest, Ordos, in Inner Mongolia. These are housing developments which had been left half-finished because the government didn’t have enough money to complete them, and hardly anybody had the money to put down a deposit on the properties which had been built. There was a real logical farce going on in these projects, and I thought the next step from building a city without caring whether anybody lived there was building a city fully intending that nobody should ever live there. That was the original seed, and then enormously indulgent taxpayer-funded endeavours like the London Olympics, the Royal Wedding and Thatcher’s state funeral kept me inspired to explore questions of where our money goes and why. Most of the time, we in Britain seem to be funnelling huge amounts of money into vanity projects designed to make us look more prosperous and culturally rich without actually supporting anything resembling culture or improving our citizens’ quality of life, often benefiting already-tremendously-rich corporate sponsors in the process. If I have one hope for Ghost City, it’s that it will completely reverse that trend in society forever.

What do you think the play says about social housing?

As Richard O’Brien recently advised the production team of Shock Treatment, ‘never beat a message into the audience’s heads’. I have my bugbears about recent social trends, but I hope that the play speaks for itself on its themes of art, civil responsibility and the distribution of wealth. If anybody thinks the play falls too heavily on one side of the conversation, I’ll feel like I’ve been ham-fisted. I know that’s the sort of wishy-washy answer Russell Brand might give, but at least I haven’t said ‘paradigm’ quite as many times as he would have.

What do you hope audiences are going to take away from the play?

Besides a reinforced sense of liberal self-satisfaction, I hope they’ll feel like they’ve spent some time in another world they wouldn’t have got to see anywhere else. Aside from the details of the plot and the script, between the illustration work, the original compositions and the amazing standard of the performers we’re working with, I’m convinced we’ll be able to deliver a cohesive, evocative piece which I hope will stay with an audience for at least a little while afterwards.

How would you sum up the play in three words?

Have you seen any of the other works on at the Vaults Festival? How do you feel Ghost City fits in with those?

As I write this, the Festival has only just begun today! However, from meeting the other companies involved (all lovely, brilliant people), it seems like there’s a lot of reflection on death in the shows which have been programmed, particularly in A First Class Death by Baseless Fabric, an exploration of the Waterloo tunnel’s history as a corpse delivery railway in the 1800s (on in the Cavern in Week 2). Also, a lot of shows are discussing our bankrupt society, both morally and financially, like True Brits by Vinay Patel (Weeks 2-4) and Skint by Rosie Kellett (Week 2). Both of these shows deal with the realities of modern Britain far more directly, as Ghost City‘s setting is deliberately ambiguous and somewhat fantastical. However, there’s also a huge variety of material, so many shows at the Vault Festival look fantastic and have absolutely no connection to Ghost City whatsoever, like some of the late one-off comedy nights and Book of Blakewell‘s fantastic cabaret double-act (their new show We Can Make You Happy is in Weeks 5 and 6). In short, I’d say: see everything.

What do you think you have brought to Ghost City that is different to other directors?

As the writer, the world of Ghost City fell out of my own head after an involved process of note-making, doodling and hair-tearing-out, so I know the detail of the story and the world inside-out. However, the best way to enrich and deliver the world of the play now is to let other creative people have their way with my material, whether they’re building characters from the lines or fleshing out the world with drawings, design and music, so the best thing I can do is give these people a very long leash. And have fun, obviously.

Crowley & Co.’s Ghost City will be showing at the Vault Festival from Wednesday February 25th until Sunday 1st March 2015. For more information on the production, visit here…