The Collector @ The Space Theatre Review

The Collector by Mark Healy is an adaptation of the novel of John Fowles, both of which I hadn’t heard before. As such, I sit down at The Space quite prepared to be surprised and enthralled by the curious plot I have read in the program. It does always make me sad though, and I’ve mentioned this in other reviews of shows at The Space, how this venue is usually so empty when it produces amazing pieces of theatre. And this is yet another of those cases. 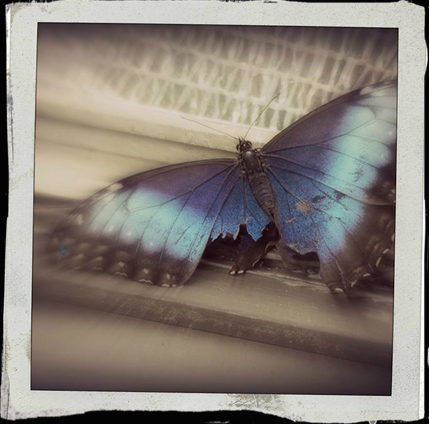 Benjamin Victor brings to life the unsettling character of Frederick Clegg, a young awkward man, an entomologist who develops an obsession by the art student, Miranda Grey, portrayed by Amy Gardyne. When he wins the lottery he decides to make his dream come true and get to know Miranda better. Only he chooses a rather unconventional way to get to know her – convinced she would never look at him willingly he kidnaps her and traps her in a cellar of a house he just bought – in the hopes she will learn to love him as he loves her.

This is truly a chilling plot and I am caught in that terrible feeling of being trapped like Miranda, feeling her anguish, her helplessness. I think the most interesting aspect of this relationship is the shifts in status that happen throughout the time Miranda is in the cellar. Although factually we know that Frederick has the power, he is the meek figure while she is confident, bossy and even a bit stuck up. She always confronts him harshly and in a quite brave manner for someone who is dependent on his good will. Once she understands he truly has no intentions of hurting her or forcing her into sexual endeavours, she becomes even more at ease, correcting his grammar, insulting him when she feels like, or being the nicest of friends at other times. He is her only company, the only living soul she can talk to and that creates some form of dependency.

Miranda is a person who needs to communicate and needs to be heard and he is the sole recipient of that in those months – for the better and worse. However, even though her personality is naturally the strongest, the keys are in his hands and he is trapping her like he trapped the butterflies in his collection. Observing her. She isn’t quite what he expected; you can sense the disappointment, but equally the will to work on the relationship. After she offers herself to him in a desperate measure to achieve her freedom, he looses all respect for her and takes over the high status, ignoring her and mistreating her.

Benjamin Victor in his role of Frederick manages to do what any excellent actor does: he unassumingly convinces the audience no one could do this role better than him. I cannot think of going to watch this play again done by another company, as I imagine no other actor could perform the role to that standard. Illusion or not, it is the feeling one is left with. The micro-reactions, the expressions on his face are so authentic that he makes you cringe before the human being stuck in this sickly obsession. One can’t help but wonder what went wrong, why is Frederick like this, but he is always quite mysterious and unpredictable. Victor successfully makes his eyes the hollow eyes of a madman. He makes his lips smile with twisted thoughts.

Amy Gardyne’s performance grows in power throughout the piece. Initially I feel that if it were me I would have cried for days – everyone reacts differently though. Miranda grows crazier by the day as she begins to get affected with loneliness and lack of sunlight and that is very well captured in Gardyne’s performance. She is bold on stage and beautifully portrays the liveliness and passion in Miranda’s personality.

This play has deeply disturbed me. On my long way back home I am scared of everyone, suspicious and uncomfortable. Making people feel scared is not the point of this story though it is a natural consequence – this brilliantly well-written play aims to reflect on people’s nature, the boundaries and extremes of human behaviour and how dangerously an idyllic dream can be turned into a terribly twisted reality. 5/5

The Collector is currently showing at the Space Theatre until Saturday 14th March. For more information on the production, visit here…