“The end is near” he said in an Irish accent that can only be affectionately observed and listened to. Following their hugely successful run of Title and Deed by Will Eno last year, Gare St Lazare Ireland, return with a festival of their acclaimed Beckett productions. Situated in a culturally lavish theatre, The End, is a stripped back show featuring natural direction and dynamic. A solo show in identity, The End, is a show about growing old, sentimental incasement and the episodic stream of life. 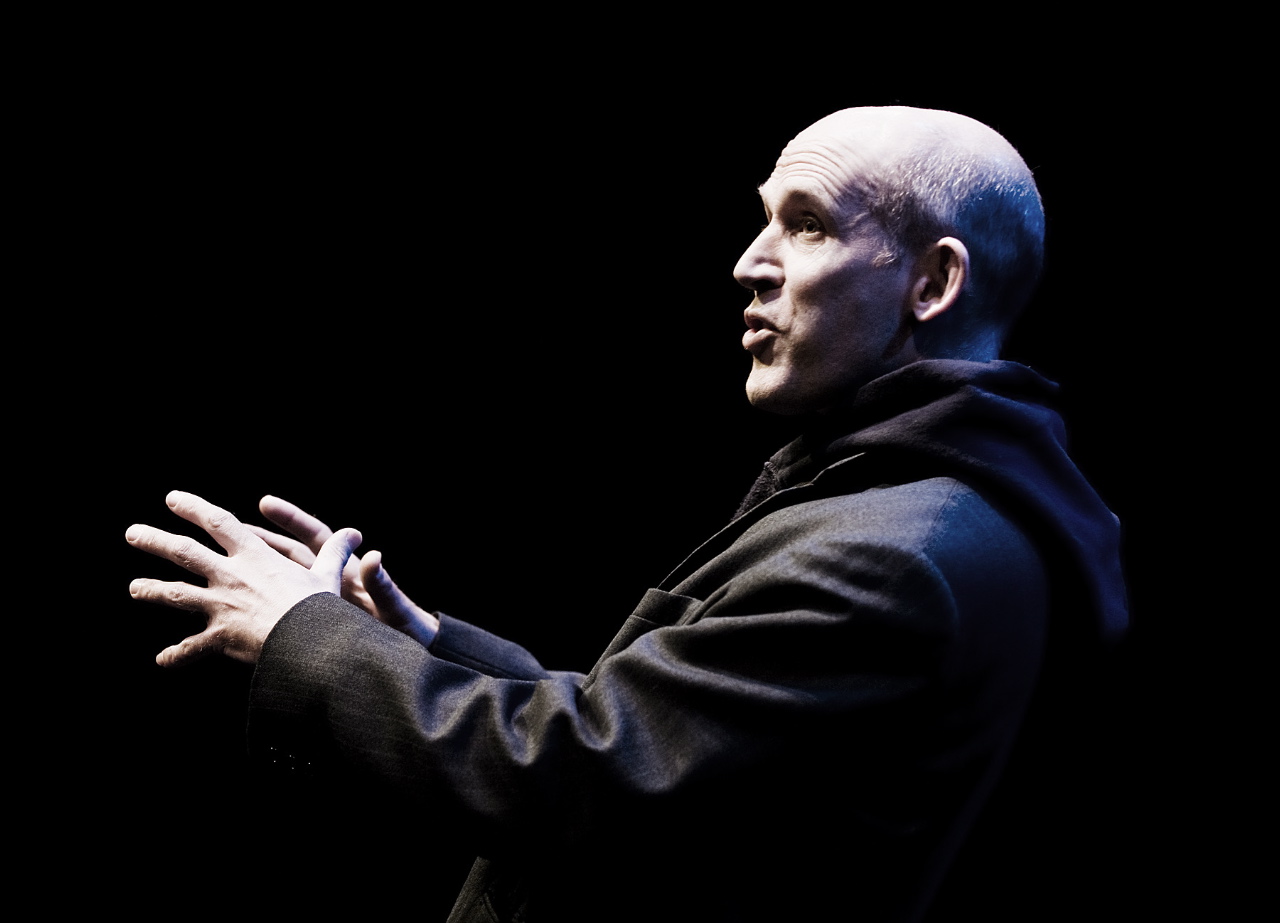 A great theatre adorned with a somewhat off the wall vibe, there could not be a more perfect venue for such a festival to take place. A space is presented, two benches appear just off centre stage, a deep shadow is cast over the white wash that is ever glowing, our performer arrives and embarks on an 85 minute show that delights. This short story sees an elderly man expelled from an institution of care and left to fend for himself in a largely hostile world.  Exquisitely detailed and with a sublime ending, it is a fine balancing of the tragic and the comic.

Alone on stage, Conor Lovett, a joint Artistic Director of Gare St Lazare Ireland, is enigmatic yet charming, again representing this balance of humour and tragedy. Lovett’s believability alongside the vivid dialogue and description, aid the audiences investment to a level, where pictures and visions are created, adorning the theatre space with a busy street, stable and cabin to which Lovett’s character endures the environment. The End, illuminates the recurring theme of ‘not looking back’, exploring temporal moments of new behaviour, hidden jokes and subtleties that once realised are undeniably infectious.

This production is enlightening with each audience member engaging with the production and its moments of laughter and heartfelt trauma/struggle, reflecting highs and lows in the format of Lovett’s characterisation. In a relatable yet diverse way, this production focusses on a subject that is relevant to all humans and this is sensed within the space, demonstrating an atmosphere of solemnity and care. Watching this production, it becomes evident that the prose text presented is one that should be heard and acted, and the natural direction is acknowledging of this. However, being a solo show I often find myself wanting more, a larger level of theatre aesthetic or action. I also begin to question the length of solo shows, sustaining a level of concentration for a solo performer is no small feat, however Lovett did make this easier than other solo shows I have observed.

The End is a show about human instinct and survival, conversational in tone this show is easy to visualise, presenting the virtual reality of Lovett’s character. This production presents provoking imagery, intriguing repetition and a level of uncertainty that draws you in. Lovett’s interpretation of Beckett’s prose text is flawless, creating an embodiment of the breakdown that all humans face. The displacement of location and identity are both constructs that I love within the piece, both intriguing and compelling. I leave the production ever inspired by the work of Beckett but also by the accurate interpretation and work of Gare St Lazare. 3.5/5

The End (Beckett In London) was shown on Tuesday 17th May at The Coronet, Print Room. For more information on other shows playing in the Beckett in London Festival, visit here…