A theatre that invites a variety of work through its doors, produced by individual theatre companies, presents Voyager, a new devised show collaboratively created by Idle Motion. A devised show of a cast of five, Voyager, is an exploration into our nature using imagery and enlightened storytelling. Creatively presented, this show is inspired by the story of The Golden Record and the 1977 Voyager spacecraft, embarking on its journey of discovery. 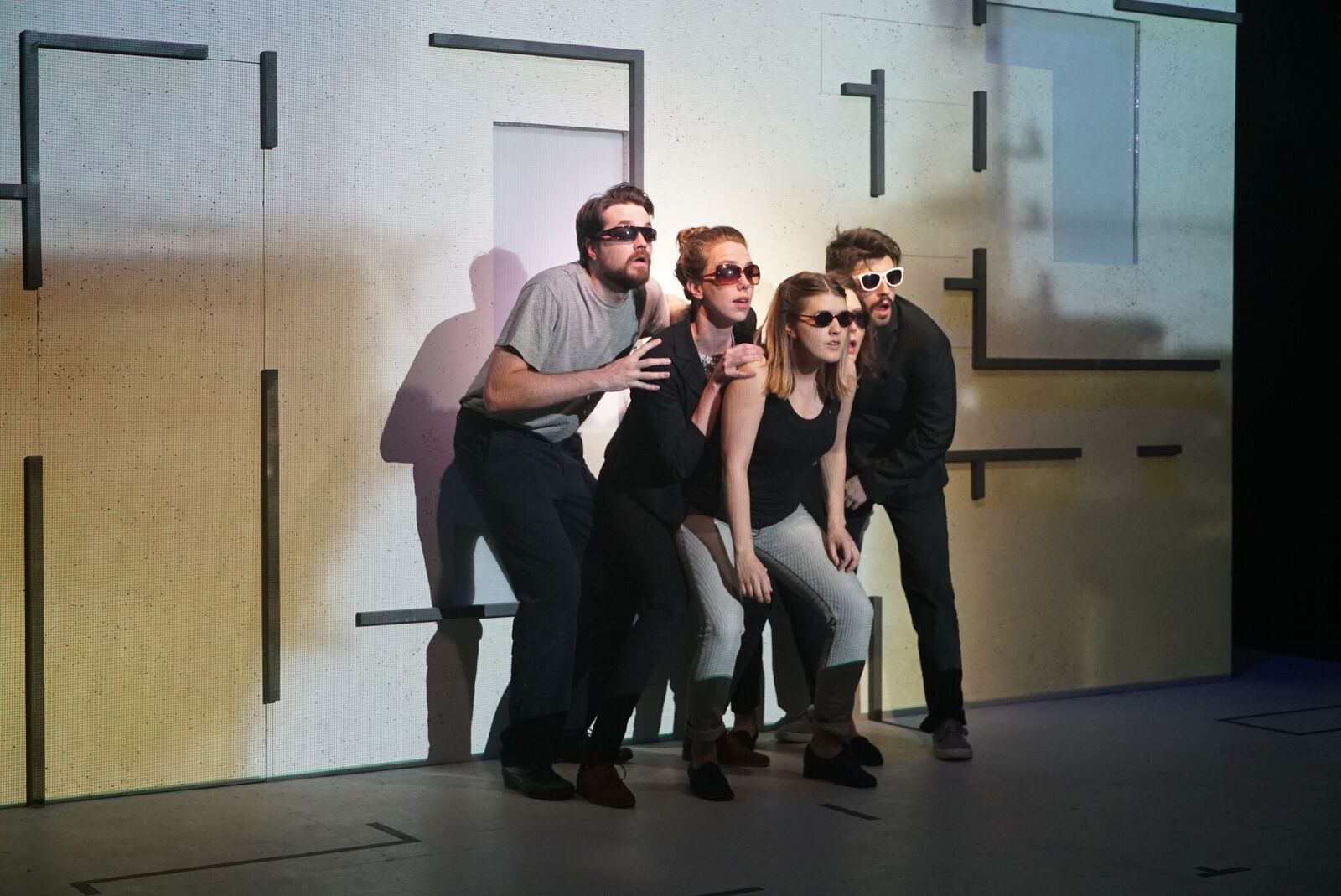 Idle Motion formed as a result of shared theatrical interest and passion and are an ensemble of performers that not only devised the show but perform within it. A young company, Idle motion, demonstrates a flare for creativity, engaging new and old devising techniques from a multitude of practices and practitioners, this is apparent in Voyager. The blend of multimedia, clever set changes and physicality open a dialogue of fast paced theatre that is engaging to watch. In their attempt to explore ‘what our next giant leap should be and whether we should take it’, they evaluate the human state and condition presenting a simple yet flourishing story.

Exploring the themes of family, love, loss and experience Voyager, presents an abundance of imagery and dialogue, all framed within a neatly transitioned and fluid production. This show displaces the naturalistic theatre genre and instead presents a beautifully devised show, that incorporates a multitude of dynamics. It asks its audience to immerse themselves in a narrative that offers a notion of nostalgia, intergeneration and paradox of time. The production presents well-developed characters, whilst also demonstrating the use of multi-rolling. It has a strong structure that offers purpose and drive for the characters and their development.

Including the use of projection this show is complementary of the technological age and demonstrates the movement of utilising multimedia within theatre. Voyager, although elegantly devised lacks something for me whether that be spark of the absurd or original, it does not challenge but entertains. This is a show of engaging presentation and a great example of a devised piece, however I need a bit more. Technically this show is on point showcasing a variety of lighting and sound effects that add to the visuals presented on stage. The acting is engaging and demonstrates an awareness of performer interaction, collaboration and character development. I leave the production reflecting on the quote ‘the vastness is bearable through love’ questioning what my next leap into the vastness will be. 3.5/5

Voyager is currently showing at the New Diorama Theatre until Saturday 11th June. For more information on the production, visit here…