For some, it’s a case of living on the knife edge… that constant feeling of knowing that at any moment, you could breathe your last breath, constantly watching your back to protect not just yourself, but those you care most about. The Big House knuckle down on this fine line between life and death in their aptly named Knife Edge. 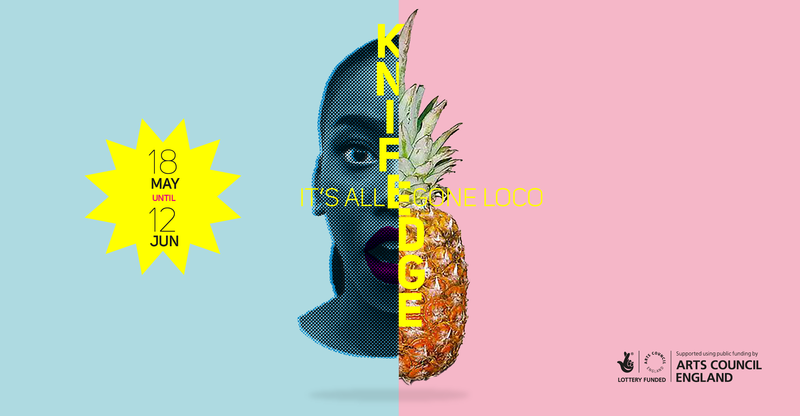 Brimming in the heart of Dalston, an audience await the performance of Knife Edge at The Pond, a hidden gem encasing fragile minds and hearts. Taking on a somewhat mythological air, the ‘Girl With No Name’ is the evening’s focal point. An adolescent accustomed to those nearest and dearest letting her down, she fights her way through heartbreak, loss and disappointment to grasp onto an aspirational life. Tezlym Senior Sakutu is a charismatic lead. Considering this is her first forray into acting, authenticity is her friend, keeping the audience on side as she finds her way in the world. Adam Deacon stars in the production alongside the protagonist, a good for nothing boyfriend convinced that his cheeky boy charm will win his partner over, and appears to be more concerned about his pet dog than anything else. His character symbolises that unsettling sense of being on the knife edge due to his affiliation with the wrong crowd, however this feel of danger needs to be more prevalent.

The evening takes us on various paths, the girl with no name our Alice in this very warped Wonderland of London. Stand out performances from Dymond Allen, the Girl With No Name’s estranged dad Delroy and Taurean Steele, a Hawaiin restaurant owner make for exciting moments within the play.  The Hawaiian restaurant is the key to the evening, it unites estranged siblings and is a place of redemption and inspiration. This significant setting is where the production should start and conclude… rather than being introduced half way through.

As the evening is set in a real restaurant it makes sense to completely capitalise on this and really take advantage of the space. The Pond lends itself to the concrete jungle that is London with it’s concrete flooring and brick walls, and really works powerfully in certain contexts when the audience are ushered to certain parts of the space. Certain points however feel very throw away and it feels as if we are moving to another part of the space just because.

Maggie Norris directs a unifying piece with an intention to empower young women. The ensemble aspect works brilliantly comically when all the cast are unexpectedly united however only a couple of the cast truly shine. An ambitious evening with promise, offering care leavers that leap into the performance world. 3/5

Knife Edge is currently showing at The Pond Restaurant until Saturday 12th June. For more information on the production, visit here…