The Flying Lovers of Vitebsk @ The Bristol Old Vic Review

There is a curiously poignant atmosphere in the auditorium as we settle down for Knee High’s latest offering to the Bristol Theatre scene. Admittedly, this probably has a lot to do with the quality of the set; a hauntingly vaudevillian cross between a jungle-gym and an art installation, redolent with half-hidden possibilities and mysteries fixtures, as though Salvador Dali had decided to have a stab at designing a jungle-gym. Adding to the pathos, however, is the knowledge that this is also the final act, as it were, of Emma Rice, one of the leading lights in one of Britain’s best loved theatre companies, and expectation mounts. 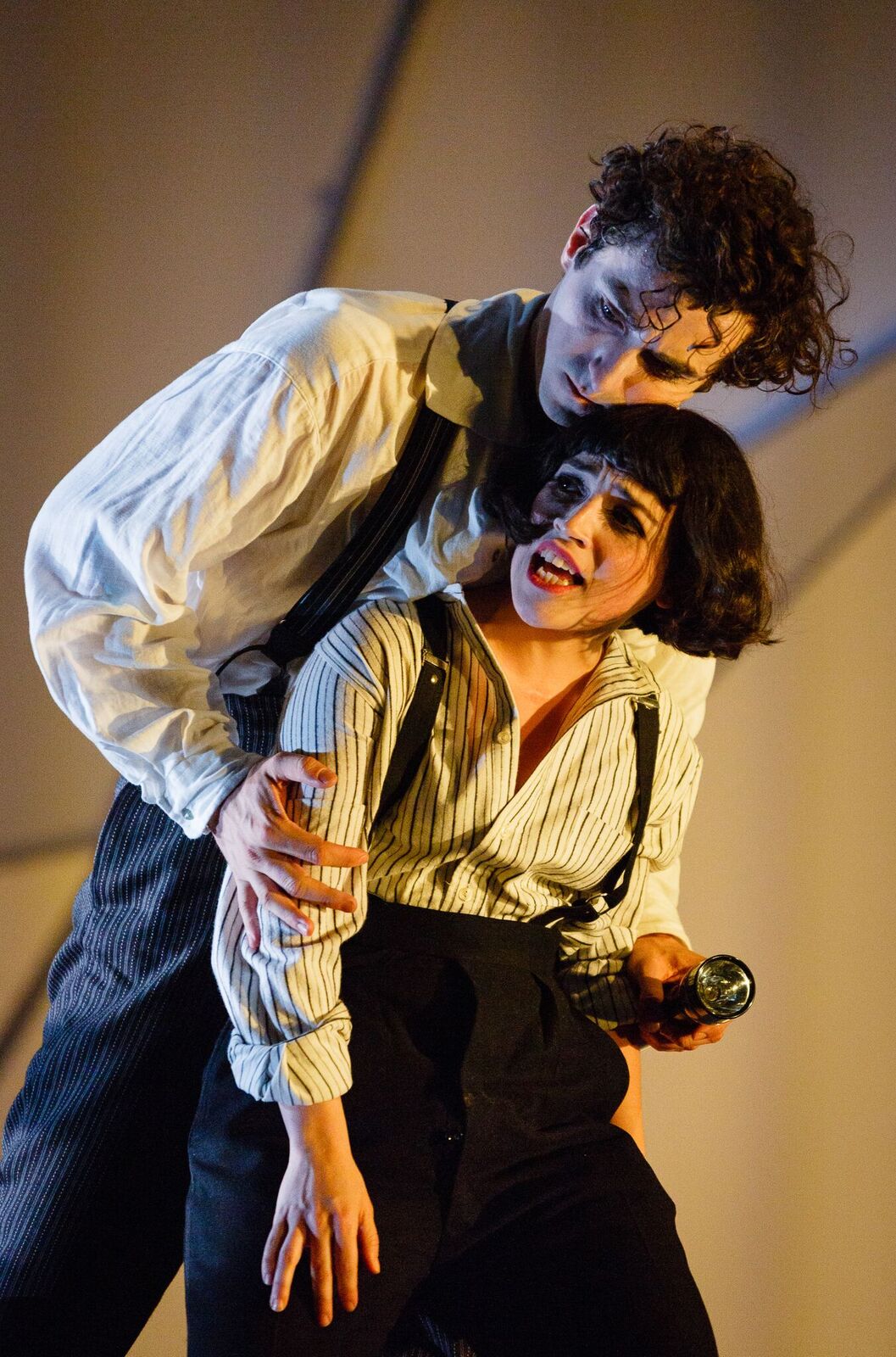 I am delighted to say that the show more than lives up to its momentous context. This production tells the spellbinding story of Marc and Bella Chargall, the eponymous lovers, and their journey from first love in Vitebsk, through their struggles in Communist Russia, the adversities of War, family, and artistic strife, before moving to New York for the moving culmination of their tale. They’re a fascinating couple; Marc, often hailed as one of the founding fathers of the surrealist movement, grew up in relative poverty, before falling for Bella, the daughter of a wealthy Jewish jeweller, and herself a highly intelligent and accomplished young woman, with a passion for writing and the theatre (training, at one time, under Stanislavsky himself). Charting their epic Journey is an intimidating task for a two-hour show, but, if there’s one element that seems to define Kneehigh productions (insofar as such a thing is possible), it is the way the collaboration of its parts creates a story of such intricacy and depth that one feels the unfolding of an entire world in such a way that time becomes irrelevant.

This production is no exception; the set, designed by Sophia Clist, is a masterpiece of form and function, creating an enigmatic aesthetic that juxtaposes a versatile wooden playground in the foreground with a curious structure at the back that looks like a cycloramic modern art installation. This latter is used to great effect by contrasting the play of light and shadow to add evocatively ethereal quality to the piece at key moments, while, at the same time conflicting with, and, in some strange geometrical way, mirroring, the main performance space. Slightly to one side is another key component of the piece, the exceptionally talented musical duo of James Gow and Ian Ross (also the composer and musical director). Their haunting melodies provide the perfect accompaniment for the two equally talented actors as they sing, dance, and breathe life into Daniel Jamieson’s beautifully crafted script, which has some of the most original and provocative imagery I’ve heard for some time.

It may not have the fiery political clout of ‘Dead Dog in a Suitcase’, but then, it’s really a different beast. It’s a love story, told creatively, beautifully, and with a touching sensitivity, both to the material, and the context and significance of the story. As a result, this production fulfils, with great élan, the golden triumvirate of theatre, and one departs the production emotionally moved, intellectually stimulated, and viscerally entertained. 5/5

The Flying Lovers of Vitebsk is currently showing at the Bristol Old Vic until Saturday 11th June. For more information on the production, visit here…