The Award Winning Not Too Tame’s Founder and Director Jimmy Fairhurst speaks to Theatrefullstop about their latest show, Electric Eden! 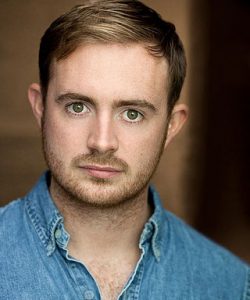 Theatre serves many purposes, but for the award winning theatre company, Not Too Tame it’s a case of theatre being for all. It’s fair to say that theatre in comparison to film and television is a medium that still has an aura of being for a certain type of individual, and is presented in the typical proscenium arched manner. Not Too Tame aims to shatter this perception, especially in the case of their latest piece, Electric Eden, which sees the company guide their audience through a disused building. Ahead of the production, the company’s founder, Jimmy Fairhurst speaks to us about creating “theatre for all”, challenges to creating a site specific piece and how the company goes about creating new pieces of work.

Hi Jimmy, Not Too Tame will be debuting their latest piece, Electric Eden at this year’s Edinburgh Festival. How are you feeling ahead of the festival?

I’m feeling good actually. The evolution of this piece has taken us in several directions and it’s not been without it’s tough days but it seems to all be coming together nicely in time for August which is always good to know!

Electric Eden is a piece revolving around banding together, and fighting for what’s right. What inspired the creation of the piece?

Originally we wanted to look at blood ties and brotherhoods in a modern society and consider what it means to be a ‘family’ when so many people come from care or broken homes. Since its initial stages,  Electric Eden has evolved as, through discussions, we realised that there was so much frustration and anger at the everyday injustices affecting people’s lives and we felt that was reflective of the voice of the nation.  Hope has always been a big theme in all of our work and we wanted to say that without hope, anger is just anger. However, anger and frustration that is channelled correctly and has hope steering the ship can result in the most amazing and powerful change. Hope galvanises us as a people and we can only really get that hope by joining together to fight for something better and actually, for all our short comings, I think this green and pleasant land is full of some truly wonderful and inspirational unsung heroes. We just have to not let fear turn us against each other. We’re not as bad as the papers say!

Not Too Tame is a theatre company driven by breaking the ‘boundaries of tame, polite theatre’ and creating ‘theatre for all’. Why is this important to the company?

I think that this is imperative for Not Too Tame; it’s at the core of who we are because there is a huge demographic of people across the world who feel that the theatre isn’t for them, both as an art form and even a building. Theatre in the UK has generally come to be considered a middle and upper class event. It’s expected that we dress nicely, sit in the dark politely and don’t engage or make noise. Not Too Tame want to create and tell stories where there is no- ‘us and them’ there is just ‘US’ going on this journey together in this space which is not traditionally what you expect from theatre. That’s where the fun begins!  Theatre should be accessible for everyone and therefore it needs its different styles and genres, which I’m glad to say I think it has. Albeit, I think theatre can take itself too seriously and we’re here to put a sense of event, excitement and togetherness back to proceedings.

Electric Eden challenges the typical black box/proscenium arch staging we’re usually presented with. What influenced the company’s decision to present the show in this way?

It actually comes, in part, from a very classical style of theatre. I was fortunate enough to spend 3 years working with Cheek By Jowl under the Direction of Declan Donnellan. Cheek By Jowl has this incredible way of ‘charging the space’ and I believe that can be applied to any space to focus an audience and help tell the story. The other aspect of why we perform like this is because we work from a mantra of ‘Work smarter, not harder’. So what this style does is allow us to perform a style that is not what a lot of people ‘expect’ theatre to be, it also allows us to perform in the most beautiful and unique places (which would normally cost a set builder thousands of pounds) and also we can help boost local economy and build relationships between local businesses and theatres. Efficiency is key when you have an ensemble of 8 and your trying to pay everyone a decent wage!

Are there any challenges in terms of staging a site specific piece?

Site lines are my nemesis! So we try and find a way of telling the story that has an elasticity, allowing the performers to move. It’s a little like performing at the Globe in that respect. And you really have to be able to use your voice as the spaces aren’t built to command an audience without a mic. You need a lot of technique to perform in a club or boozer!

Not Too Tame was founded by yourself 6 years ago now during your studies at the Royal Welsh College of Music and Drama. What inspired the creation of the company?

I’m trying to fight back the years haha. Coming from a non-theatre back ground, basically a Billy Elliot -esque story where I was playing Rugby League for Bradford and Leigh and my dad went spare when I decided to become an actor! Although very supportive now I’m glad to say. I wanted to set up the company because I felt like there wasn’t theatre for the working classes. I still think it isn’t really. Blue collar stories and blue collar actors don’t get the opportunities I believe they should. Where have all the regional dialects gone? Where are the Cartwight, McGovern and Abbott voices?  I wanted to have a voice and a say about what was going on in the world and I wanted to work with actors who believed in the same things that I did. Good theatre should be well crafted, entertaining and socially relevant.

Not Too Tame comprises of multiple associate artists. When creating a new piece of work, how do you decide who you’ll work with?

Working very openly can have its pros and cons, but overall a creative ensemble it is very rewarding. We just have to always remind ourselves ‘the work comes first’. It’s not a ‘job for mates’ type of thing. We’re all incredibly close, but we all know that we can’t be precious and that the works voice is the most important thing.

3:The same thing Christopher Eccleston told me, “If you want to change things, you have to do it yourself.”

Electric Eden is currently showing at Pleasance Pop-Up: The Club (Venue 320) as part of this year’s Edinburgh Fringe Festival. For more information on the production, visit here…