Making the move from the UK to the US: Actress in training Selina Scott-Bennin speaks about crossing the pond! 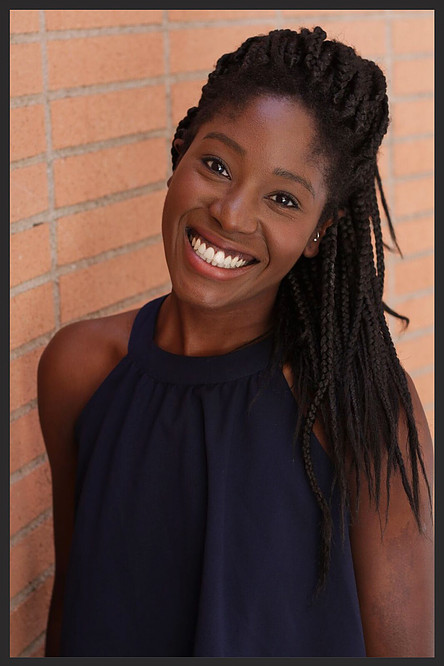 Having trained in the UK, Actress Selina Scott-Bennin decided that she would pursue drama training in the US to develop her skill set. Here she talks about undertaking her third and final year of training at the University of Southern California MFA Acting course and what she plans to do after training.

Hi Selina, you’ve crossed the pond to study at USC on their MFA Acting Course, how have you found training so far?

The training so far has been unlike [anything] I have experienced before. Rather than one practitioner’s methodology, we lean into specificity. For that reason my confidence and freedom to work with all the skills I have acquired has come to the fore.

You are currently in your final year, what can be expected from your training this year?

My final year is structured around preparing three shows which will be performed in Repertory from February 3rd-March 5th 2017. We will start to rehearse our 3rd show mid November, so it’s fair to say the pace is fast. Getting to perform ‘Angel’s in America‘, ‘Uncle Vanya‘ and a new play written for our ensemble of 8, ‘Antigone X‘ is incredibly exciting. I love the challenge of playing Belize (the best kind of homosexual man I could play), Sonya and Eurydice over 2 semesters.

We also have our daytime classes in camera acting, writing for film and voice classes, in addition to guest lead master classes. Next we will be creating a industry showcase for New York and LA. The final year is a different kind of intensity in comparison to the first 2 years. The program also to some degree, changes to suit the ensemble which is ideal!

How did you find making the move from the UK to the US? Why did you choose to train in the US?

The move itself required a lot of patience and diligence. Making sure paperwork is filed correctly to obtain my F-1 student visa. Fortunately I had visited twice before, so I knew where I’d be living and my commute in advance. I also planned my trips so that I could do my audition and callback in person.

You’ve trained both in a U.K. and US drama school, what are the similarities/differences?

I honestly started to feel a lack of diversity and opportunity in the UK. I’d be either working for a designer or in tenancy management just to be able to survive in London. Every attempt to get by, moved me further away from acting full time and closer to fear. The USC School of Dramatic Arts provides part scholarship but it is expensive. To me it is more than worth it because I have access to a network of creative individuals that I would not have been able to meet without selling my soul in the UK. I  realise that being a minority works somewhat to my advantage. So essentially I see it as an investment in outlining my career as a Black British female in America.

It fascinates me that repertory theatre came into a phase of extinction in the UK. All of my source of aspiration came from that growing up. It was traditionally part of great British theatre, but I could not find it in the UK drama school curriculum. I’m now at a drama school within a university environment. There are people from very different walks of life which creates an enriching experience for me.

What are you plans once you finish training?

Time will tell, I hope to extend my visa and to be working both in UK/US in theatre, film and television. Writing my own plays and screenplays has set some plans in motion for after graduation. As for advice, I’d say don’t be afraid to make a plan.

What advice would you give to aspiring actors looking to train abroad?

Make a plan no matter how ambitious. Before I moved to LA, I had coloured A4 sheets all over my bedroom wall. It was not at all sexy but it kept me hungry to find a way to get here. The work is ongoing but each step makes a big difference.

Selina is currently training at University of Southern California, School of Dramatic Arts on the MFA Acting Programme. To find out more, visit here…

To find out more about Selina, visit here…