In a Q&A session at the Curzon Mayfair in December 2016, Fences star and director Denzel Washington announces that he will bring August Wilson‘s entire “Pittsburgh Cycle” to the screen. Also known as the “Century Cycle”, this series of ten plays charts the African-American experience throughout the twentieth century. 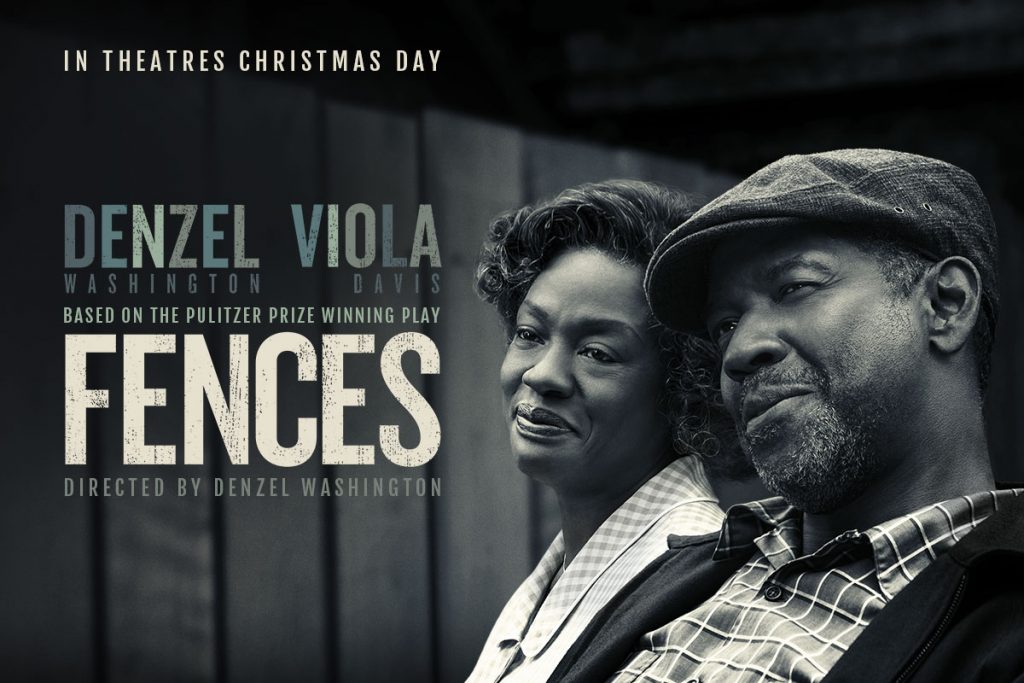 The plays are all set in Pittsburgh’s Hill District except for Ma Rainey’s Black Bottom which takes place in Chicago. Denzel Washington is currently working on an HBO production of Ma Rainey which recently had a sold-out run at the National Theatre.
“August Wilson is one of the greatest writers not just in American history, but world history,” Washington says. Fences, which won the 1987 Pulitzer Prize for Drama and the 1987 Tony Award for Best Play has been compared to King Lear. After playing the protagonist Troy Maxson on Broadway and winning a Tony award for his performance, Denzel Washington is taking the play to the big screen, including most of the original Broadway cast. His third work as a director has already been released in the U. S. and has been warmly received by the critics.
August Wilson had written a screenplay based on his drama in the late 1980s but Paramount kept it on hold because Wilson had made it mandatory that an African-American director shoot the film. He strongly objected to Barry Levinson who turned it down because he did not think the play would translate well to the screen. Denzel Washington sees August Wilson’s request as more of a cultural issue than a race issue. One has to know African-American culture intimately to direct a film about African-Americans. “That’s why you have Scorsese doing ‘Good Fellas’ and Spielberg doing ‘Schindler’s List’, not vice versa.” Regarding the diversity issue, Washington demonstrates a certain pragmatism: “Films are a business, not philanthropy. They are a craft, money is required.”
Was it very taxing to be a director of a film he also acted in? Washington doesn’t find it so difficult pointing out that this is his third directing job. It probably helped that he had already played the character in over 100 performances on Broadway. Instead of focussing on his own role, he regards this film as a great opportunity to showcase the other actors, such as Viola Davis who has just won a Golden Globe for her portrayal of Troy’s wife Rose, Denzel Washington himself won a Best Actor nomination.
Denzel Washington would like to bring August Wilson to a wider audience. He considers the themes in Wilson’s work universal: “August Wilson had a good ear, he was a great listener. He wrote down what people said.” He hopes that audiences will realise that Fences is good writing and that there is something in it that is beyond race and beyond gender.
Written by Carolin Kopplin.


Fences will show in UK Cinemas from Friday 10th February 2017. To find out more about the film, visit here…