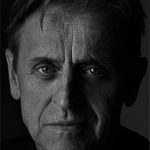 Joseph Brodsky was and continues to be a celebrated poet and essayist. Acknowledged for his body of work in 1987  by being awarded a Nobel Prize and also becoming the US poet laureate in 1991, Brodsky’s legacy lives on. Legendary ballet dancer and actor Mikhail Baryshnikov counts Brodsky as one of his dearest friends, and looks to delve into the poet’s works in his latest show Brodsky/Baryshnikov. Read on to find out more about the show.

Hi Mikhail, you’ll be performing a piece close to your heart, Brodsky/Baryshnikov at the Apollo Theatre in May. How are you feeling ahead of the performances?

I try not to take this pressure on myself. Yes, It’s a responsibility, but there’s great joy there. It can be lonely out there, speaking of the ultimate challenge, but I love it. Right now I am traveling with two plays (Robert Wilson’s Letter to a Man and Brodsky/Baryshnikov.)

Brodsky is titled after Nobel Prize winning poet Joseph Brodsky, who was also a dear friend to yourself. Why in particular did you decide to create a show integrating his works?

Joseph Brodsky’s work is extraordinarily relevant to the present. I mainly wanted to be honest and true to Joseph’s work. It’s a poetic journey. I try to be truthful to myself and to be as truthful as I can to my friend.

This project witnesses you working with Alvis Hermanis, renowned for his work at the New Riga Theatre. Can you explain how you both collaborated to create the show?

Alvis Hermanis invited me to do it, and I was honoured to work with such a remarkable director. I couldn’t say no! We lived with this text for about a month and it was a fascinating process for both Alvis and me.

What do you hope for audiences to take away from the show?

The play is an intimate experience – a conversation between me, and my beloved friend – and so I hope they can feel included in that intimacy. We have an excellent translation by Jamey Gambrell, a former student of Joseph’s. In my opinion, she captures his humour, wit and wisdom so the play is accessible to everyone. It’s a conversation between me and a person in the past so the language the audience speaks is unimportant.

Your dance career has spanned over 5 decades, having reached the pinnacle of your career as a Principal Dancer at the New York City Ballet and later becoming the Artistic Director of the American Ballet Theatre. What moment in your career are you most proud of and why?

I don’t really think that way. I don’t like to put things in those kinds of boxes!

You’re also an Academy Award nominated actor, having received recognition for your performance in The Turning Point. Was acting something you’d always wanted to pursue?

I prefer live theatre. The immediacy, the terror; it’s the ultimate challenge.

If my previous answer hasn’t scared them off, then they should give it a go!

Brodsky/Baryshnikov will show at The Apollo Theatre from Wednesday 3rd until Sunday 7th May. For more information on the production, visit here…