This adaptation of a comedic coming of age is one many will have heard of, but not enough would have seen. After this story was first told through a novel, then through film and eventually to the stage, director Lucy Bailey has no trouble throwing the audience straight into the hilarious, deep and thoughtful tale that is The Graduate, giving us a show that leaves its audience wanting more. 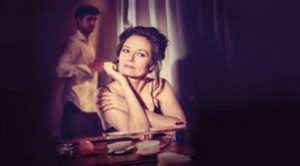 Courtesy of the West Yorkshire Playhouse.

We can only be grateful that the show is nowhere near as flawed as its characters; the alcoholic, uncaring Mrs Robinson, the self-loathing yet passionate Benjamin and the naïve and innocent Elaine are multi-faceted characters with many avenues to be explored. Tensions run high between these three for the majority of the show – from Benjamin’s illicit affair with Mrs Robinson, to his confession of love for her daughter Elaine and the breakdown of the mother / daughter relationship as a result it really is an emotional rollercoaster.

Jack Monaghan’s portrayal of confused Benjamin, caught between love and lust, really does make you want to laugh and cry. The term ‘loveable idiot’ springs to mind; as despite his misdemeanours and mistakes we as an audience just can’t help but feel sorry for him. Perhaps it’s the way Monaghan portrays this character as such a naturally flawed human being that makes him someone we can relate to. His relationship with Mrs Robinson is one we know should not be and cannot work, yet in her role Catherine McCormack makes us understand the need to be close to one another and the way we project this onto others, no matter the consequences, through her often irrational and overly emotional demeanour.

Set-wise the show stays simplistic and timeless, focusing mainly on the large double bed used as a centrepiece for the majority of the scenes. This could be representative of the relationships within the narrative and their main component; the idea of sex and lust ever present throughout. However, it could simply be a way of keeping set to a minimum allowing the audience to focus predominantly on the action, rather than distractions.

This serious yet light hearted, disillusioned dark comedy is one that I hope will be sticking around for quite some time, bringing to light the trials and tribulations of teens hoping for a better future, with no sensible idea of how to find it. 4/5

The Graduate is currently playing at the West Yorkshire Playhouse until 27th May. For more information on the production, visit here…