Dean Street. Soho. 1958. The Atlantic Club is the heart of seedy, claustrophobic, drug-fuelled clubbing. Fevers are running high as a gang of misfits sweat it out over the kidnapping of Silver Johnny, a rock star on the road to stardom. Then, when their manager is brutally murdered, the club is placed under siege. Mojo, an anarchic black comedy which sticks to its characters with the sweat beads it creates. 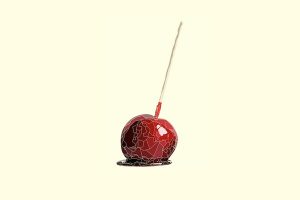 Courtesy of The ADC Theatre.

Seductive, nubile and callous Mojo by Jez Butterworth is a masterpiece. Not a far throw from the essence of Peaky Blinders in its rich masculine tones, this play displays a gritty, grungy representation of man. However, this production has another layer due to the placement of women amongst its cast. This becoming a strength of the production, each character is as sexy as the next, fuelling an addictive viewing from the audience. The downbeat rhythm of the piece is unyielding, dynamically exploring the themes of power, gender and personality.

Playing at The ADC Theatre and performed by Cambridge University Amateur Dramatic Club, this production highlights that there is more to amateur theatre than first meets the eye. In an explosive portrayal of Jez Butterworth’s play, this production is pitched perfectly in its tone, direction and composition. The music is too loud, the lights are too hot, too bright and the characters are often so rushed that you are chasing their last line of dialogue, but, this is what makes the effectual, bullish production currently being performed at The ADC.

Silver Johnny (Christian Hines), begins the play with a loud dance altercation, featuring a silver embellished jacket that ignites the stage. From then on we are bashfully immersed into the misfit world, brandished with its swearing, sexual references and debauchery. Sweets (Harry Redding) and Potts (Sophie Taylor) strike a well balanced relationship and begin conversation under the watchful guise of mysteriously quiet Mickey (Benedict Clarke), whilst the strength of Baby (Emma Corrin) and naivety of Skinny (Sabian Phippen) play out in the bar, frequently visiting the back room to vent.

A grungy back room featuring a two tiered set design and long table is the backdrop for act one. Miscellaneous props adorn the room, featuring two unused type writers, a coffee boiler and a pack of cards. Downstage there is a jukebox; the bosom of dance, torture and enlightenment. The jukebox remains in act two but we are transported to the club room, housing the dance floor and surrounding tables of The Atlantic Club.

Engulfed by the scent produced by this production you are left with a sense of exposure. The intrusive quality of both the writing and acting, forcibly surround you so that you are unable to loose focus on the action presented. The red beaming light, long sustained pauses and pedantic dance sequences all strive to create the world these misfits exist within and does so with success. I leave the theatre in contemplation, questioning, ’What is next for Cambridge University Amateur Dramatic Club?’ 4/5

Mojo is currently showing at The ADC Theatre until Saturday 13th May 2017. For more information on the production, visit here…