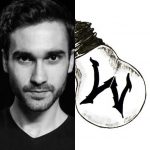 Worklight Theatre are a company driven by personal stories. Their latest show, Fix, examining the causes and effects of addictions within society. Worklight Theatre will showcase Fix at this year’s Edinburgh Fringe Festival at the Underbelly, Cowgate throughout August. Ahead of their month long residency, duo Joe Sellman-Leava and Michael Woodman talk more about the show.

Hi! Worklight Theatre will be performing Fix at this year’s Edinburgh Fringe Festival (Underbelly Cowgate). How are you feeling ahead of the festival?

Hello there! We are really excited…and a teeny bit nervous! Fix has been a long time in the making – about 2 years from idea to first preview – so we can’t wait to get it in front of audiences and immerse ourselves in the Fringe once more. We’ve taken one of our previous shows, Labels, up for the past two years which is a completely different experience to bringing up a new show which is still changing every day.

We’re actually doing three shows in total this year (Fix, Monster and Labels)…eek! It’s a new challenge for us, and they’re all so different, as is the way we’ve approached each one. Fix as an ensemble piece with lots of music, Monster is a new solo show about some difficult truths, and Labels has been evolving since 2015, when the world felt quite a different place.

Fix is an exploration of the causes and effects of addictions within society. What inspired Worklight to create a piece on this particular theme?

It’s a health issue that seems to get overlooked. From our research, this is especially true of behavioural addictions (such as pornography and gambling), for which more and more people are now seeking treatment. There’s a concern among professionals in the field that the increased role of technology in our lives, coupled with a lack of education about its impact, could be driving addictions to such behaviours at a much faster rate. We like to make work about things we can research heavily and there was certainly no short of homework for this show.

Prior to creating Fix, Worklight conducted research which included interviewing addicts, professionals and loved ones. What did you take away from this?

Firstly that very few people agree. It was interested to learn whether addiction is a disease, what can be classed as addictions and how much someone has to use before they’re considered an addict – all of these things are constantly debated and contested. Something else that became clear was that changing policy, and uncertainty over funding, is impacting the professionals trying to help, and of course those seeking it. On a personal level, looking at how cravings and rewards systems function in the brain has opened our eyes to why we all spend so much time on our smartphones!

As both writers and producers, how have you both collaborated to create the piece?

We’ve worked together for a long time now (since 2010), so there’s a common interest in the kinds of stories and forms we’re drawn to, as well as the advantages of a shared language in how we work. It’s been a case of constantly talking about the project, trying something, talking more, editing (or scrapping) something, trying again, etc. And, within the collaboration, knowing which strengths to play to. For instance, Michael led on seeking out and contacting the people we met and interviewed, and Joe led on the story and script.

Katharina Reinthaller is the director and dramaturg of Fix. How have you all collaborated to fully realise the play? How crucial has her role as dramaturg been in finalising the script?

We’re very lucky to be working with Katharina again. It was clear from the start of making our previous show, Labels, that her director and dramaturg hats are both equally important to her, and that she really knows when to wear each one. Similarly, with Fix, it’s been an exciting process of sharing ideas, listening to her thoughts, responding with the next iteration, and so on. Katharina really knows how to ask the right questions – when to provoke and challenge, and when to take something and run with it.

We’d like it to feel intoxicating: fun and exciting as well as stark and sad, all in one relentless cycle. We always want our shows to send people away talking, and to see themselves in places and people they might not have beforehand. Most of us wouldn’t consider ourselves addicts, but the wiring in our brains that makes addiction possible is there nonetheless.

Will you be watching any shows at this year’s festival? If so, what are you looking forward to watching?

We have a feeling we might not be able to see as much as last year, since we’re not only taking Fix but another Monster and Labels which will limit our time slightly! That said, it’s looking like a really exciting year: off the top of our heads, Selina Thompson, The Last Great Hunt, Hugh Hughes and the Sleeping Trees are just a few people whose work we’re hoping to see!

What advice would you give to aspiring playwrights and producers?

Keep making work. Find people you want to learn from and collaborate with, and make that happen. Ask for advice. Ask for help. Ask, in general. Get more comfortable talking about money. Ask for money, where appropriate. See things stuff you love, things you hate and things you think are just ok, and ask yourself why. Try to see or do things outside of the form you love and work in, even if only occasionally.

Fix will show at this year’s Edinburgh Festival at the Underbelly, Cowgate, from Thursday 3rd until Sunday 27th August. For more information on the production, visit here…