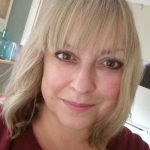 Missing People is the only charity in the UK committed to reuniting missing individuals with their families. In the UK, approximately 250, 000 people go missing each year and with that, a network of family and friends are left affected too. RED Theatre Awards Shortlisted writer Siân Rowland explores this in her play Gazing at a Distant Star. Read on to find out more about the play.Gazing at a Distant Star will be showing at this year’s Edinburgh Fringe Festival. How are you feeling ahead of the performances?

I’m nervous but excited too. I have every faith in the cast and they did a fantastic job at our London preview. I’m looking forward to seeing how Edinburgh audiences react to it and it’s my first fringe show.

The main theme of the piece is the tragic event of those who go missing and how those left behind are affected by this. What can audiences expect from the show?

Audiences can expect three stories that weave together the clues left behind by those who have gone missing. The audience travels with the characters as they learn more and make their decisions and discoveries. Although it does go to some pretty dark places there are plenty of laughs too. In the darkest moments of life there are elements of light and hope so it’s not all doom and gloom!

What inspired you to write the piece?

I was inspired by the amazing work of the charity Missing People (you may have seen the Missing People choir in this year’s Britain’s Got Talent). It’s a charity I’ve supported for a while and stories of the families left behind when someone goes missing are heart breaking. I was also influenced by the story of the three London schoolgirls who ran off to join ISIS. Their families were so upset and bewildered but didn’t really get to share their side of the story. It got me thinking about the ripples that are created when someone disappears.

Gazing at a Distant Star had a sellout run at Greenwich Theatre earlier on this year. What have responses been towards the show?

The response to Gazing at a Distant Star was really positive. We had sell out audiences and great reviews. Everyone I spoke seemed to have a different favourite character so there’s something for everyone! The audiences were really engaged with the stories too and loved picking up on the clues sprinkled throughout the stories. If I can make someone think or see things differently when they come out of the performance then I’ve done my job.

How does it feel to have been acknowledged for your work?

I was thrilled when my play Spurn The Dust was shortlisted for the award. Seeing my work on the main stage at Greenwich was really exciting and it brought me to the attention of James Haddrell the artistic director. When he asked if I had a full length play in my portfolio I sent him Gazing at a Distant Star and he decided to put it on and direct it himself so I owe the evolution of GAADS to that award!

Has the piece changed at all since its first appearance? If so, how?

It’s had a significant haircut for Edinburgh! It came in at around 75 minutes for its January run and is now 60 minutes. I like to think it’s in fighting-fit festival shape now and we’ve kept the integrity of the piece. We’ve also had a cast member change as one of the actors is off on honeymoon during Edinburgh (we’ll let her off!) and new cast member Jenny brings a new vibe to the play. James has been really sensitive in directing the play and the cast of Serin Ibrahim, Harpal Hayer and Jenny Delisle bring their own ideas and creativity to their roles too. Tech design from Lizzy Gunby adds yet another layer.

It’s important to find your voice. I used to blog quite a lot and through writing quickly and frequently discovered my own style. Keep writing until you find your unique voice and of course watch and learn from plays, TV and films. That’s my excuse for watching loads anyway!

Gazing at a Distant Star is currently showing until Monday 28th August at this year’s Edinburgh Fringe Festival (Assembly George Square). For more information on the production, visit here…