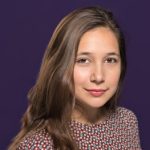 It’s been nearly 20 years since Bad Girls made its screen debut on our TV sets. A prison drama unlike any other, it placed the voices of women from all walks of life centre stage. Orange is the New Black continues to blaze the trail in our new age of streaming box sets as and when we like, again offering an alternative to the female experience. Expanding on the conversation of gender equality and imprisonment, Cassiah Joski-Jethi brings her show Under My Thumb, shortlisted for a RED Women Theatre Award to this year’s Edinburgh Fringe Festival. Read on to find out more about the show…

Under My Thumb will be performed at this year’s Edinburgh Fringe Festival. How are you feeling ahead of the festival?

The fringe is such an innovative and creative place, and I’m thrilled to have my play on at Assembly Roxy. I’m nervous of course to hear how it’s received, but really excited to share with fringe audiences.

The piece focuses on the stories of 5 incarcerated women. What can audiences expect from the piece?

It’s quite a rollercoaster of emotions, and I think you can expect the unexpected. Hopefully people will be really invested with the piece and feel impacted by the characters and their experiences.

What inspired you to write the show?

I was inspired by my own experiences and the experiences of so many women I know who have been discriminated against based on their gender.

I wanted to create a metaphor for how women are often taught to blame themselves and accept sexism as the ‘norm’.

The show was shortlisted for the 2016 RED Women’s Theatre Awards. How does it feel to have been acknowledged for your work?

It was genuinely a lovely experience. As a writer it’s terrifying to write something and share it with the world, so to have it recognised is a big boost of confidence. Especially since it was recognising daring voices, and even if people don’t always like a play or story, if they’re impacted by it, that’s the most important thing for me.

The piece is directed by Greenwich Theatre’s Artistic Director James Haddrell. How have you both collaborated to bring your script to the stage?

We had an R&D last year led by James where he did exercises and improvisations to help develop the script and then I brought in scenes and monologues for the cast to read and explore.

From this I developed a more final script which was used for our September run. We held Q&As after these shows and I did a final script rewrite.

So I’ve been involved but not on the ground, directly in the rehearsals for the piece.

Has your script changed since it’s first appearance? If so, how?

As I mentioned, the script has been through a few rewrites based on exploration in the rehearsal room and feedback from audiences.

I think the script has more colours now – it doesn’t only explore the dark side of the struggles the women are facing but how they make light, create a life for themselves, and build relationships in such an imprisoned environment.

Just write as much as you can and once you have something you are really inspired by, submit to people you trust for feedback and any competitions you think it fits. If you’re consistently excited by the idea and can’t wait to keep writing and developing It, you know youre onto a winner.

Under My Thumb is currently showing until Sunday 20th August 2017 at this year’s Edinburgh Festival. For more information on the production, visit here…