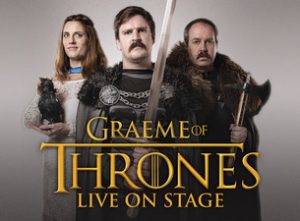 Created by a team of some of the UK’s top comedy writers and directed by Sam Bailey, Graeme Of Thrones is an original and un-authorised parody on the international phenomenon that is Game Of Thrones. We are giving away 2 pairs of tickets to a showing of your choosing in November. To have a chance at winning, answer the following question:

Who is the author of Game of Thrones? 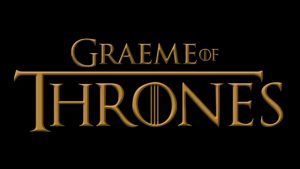 Graeme of Thrones is currently showing until Saturday 11th November at the charing Cross Theatre. To find out more about the production, visit here…

For your chance to win, send an email with you answer, name, and a contact number to theatrefullstop@gmail.com. The deadline for this competition is Friday 27th October at 11:59pm, Good luck!