Suffering at the hand of one man, three women find themselves locked in an inescapable reality, questioning what seems like possible murder. Royce Boland, bully, wife beater and reprobate scandalises the lives of three women, who through their pains remain honoured. Set in South Yorkshire, Can’t Stand Up For Falling Down is a series of monologues written by Richard Cameron. 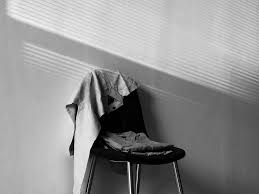 A woman’s body is found in a quarry, eight years to the day since her son died in the same place. Three women, strangers to each other, are bound by these events through one man. They have to find a way to break free from ‘the fallen’ and stand up for themselves. Centred around Lynette, Jodie and Ruby we experience the thoughts and consequences which weave and cross cut.

With scaffolding poles and safety signs we are immediately transported to the quarry, a pivotal location featured in the connected stories. The rest of the set seems disparate and somewhat eclectic, which juxtaposes the naturalistic writing style. It is hard to have a sense of time, era and character, searching for the clues which never become clear, I become a detective wanting to unfold the story. The delivery often feels forced and far removed, but as the play goes on the cast begin to settle into their individual action. The most exciting moments are when it feels like Boland is in the space and through the tortured wife we get a sense of his physical presence.

Richard Cameron’s play features treasured memories as well as the ones wanting to be forgotten. Exploring themes of violence, love and desperation, we connect with all three women and in the end encourage their compensative solidarity. Wife, girlfriend and neighbour, through their legitimate experiences are forced to connect, and this is the most gripping moment of the performance.

“If anybody asks…”, an ending which makes you wish they had unified earlier in the play, I leave the theatre considering the powerful and provocative performance of all three women and the strength of female unity in the end. 2/5

Can’t Stand Up For Falling Down is currently showing until Saturday 14th October 2017 at the ADC Theatre. For more information on the production, visit here…

« Previous post
How to Win Against History @ Northern Stage Review
Next post »
Win tickets to Graeme of Thrones at the Charing Cross Theatre!