Being in love is a great thing. Relationships require compromise, often left to let slide habits you’d otherwise find irritating or despise. Relationships offer a great basis for comedy; the everyday a series of either overt or subtle comedic highlights. Award winning comedian Archie Maddocks explores this in his latest stand up piece, IlluminArchie at the Soho Theatre. 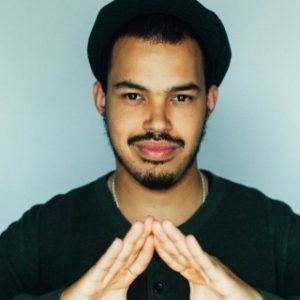 A culmination of holiday mishaps and family interactions, Maddocks revels in the silliness and hilarity of various situations he’s found himself the subject of. Maddocks establishes a conversational vibe, himself, the subject of many of his anecdotes. He’s not afraid to poke fun at himself, and this breaks the ice.

There are plenty of laugh out loud moments, Maddocks speaks of his mother, an eccentric presence who’s not afraid to to say what’s on her mind. The audience are made aware that she is in the audience, however it is not clear where she is. This works perfectly in terms of building up a picture of someone tremendously influential in Maddock’s life, an air of mystery shrouding this comedic presence.

Maddocks has the audience on side, he’s able to address the issue of racism in a manner that has everyone listening. An interaction with a fellow commuter on a train and the assistance of an eccentric bystander subtly comment on his interactions within society as a black male. Although a chilled out evening, he exposes an issue that is still prevalent within the UK.

Toilet humour further establishes a light hearted atmosphere. Anecdotes of Maddock’s grandad’s eulogy addressed to his late wife of over 50 years really brings to home just how the most random of moments can make for everlasting ones. His grandad’s account of an episode whereby his wife suffered a case of diarrhoea is utterly crazy but strangely sentimental. His grandad recounts how he was there to support her and serves as a reminder that the mundane can often make for interesting memories. A concluding anecdote, involving a case of Maddocks suffering from diarrhoea elaborates the not so glamourous side of love. These moments, probably best forgotten, strangely test just how much someone loves you, they bring you closer together and make for hilarious anecdotes.

Archie Maddocks performed his stand up show from Wednesday 1st to Thursday 2nd November 2017 at the Soho Theatre. To find out more about Archie, visit here…