Music is an alternate language, a language that all of us interpret within our own individual ways. Whether it’s that ear worm of a song that you can’t seem to escape from, no matter what you do, that movie soundtrack that captures the mood of the world established or that soundtrack of songs that have gone on to define certain moments within your living memory, there’s no doubt the power music holds within society and with this, WoLab’s latest project, PlayList draws inspiration. 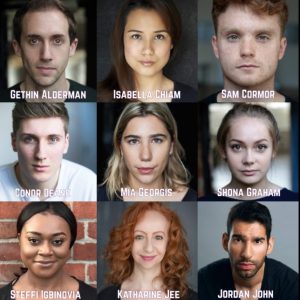 A total of 19 performances complete the evening’s ‘playlist’, all of which have had their beginnings sourced from the lyrics of a song. For the next two hours, various companies take on the challenge of performing newly written works, each performance lasting the length of the song they’ve been inspired by. Abby Russell’s gutsy one woman show cRAVE inspired by P!nk’s ‘Just Like A Pill’ fuels the showcase with an unapologetic energy that demands for the intimate space to listen, her turn in Rachel Vogler’s comical monologue For Heaven’s Cake, inspired by The Lion King’s ‘Hakuna Matata’ showcases her ability to demand the space and handle the topic of body image.

Rachel Moore’s This is Love inspired by PJ Harvey’s song of the same name delves into the topic of asexuality. So often we are fed the idea of partnership being vital, the one and only option, however this isn’t at all the case. Lauren Santana’s conversational delivery has the audience listening, and I’d be intrigued to see this show developed even further. Rach Skyer’s ‘Daddy Dear’ inspired by Cyndi Lauper’s  ‘Girls Just Wanna Have Fun’ encapsulates the power of family interaction, everyday conversations taking on a power, Laurie Ogden’s ability to switch from grandmother to father, an absolute joy to watch. Dean Elliott’s Shift Work perfectly captures the beginnings of a relationship breakdown, the constant near misses of the quality time needed to sustain a relationship strained by mismatched shift patterns. The repetition of the term ‘shift work’, potent; this for me a piece I’d be very interested in seeing developed further also. 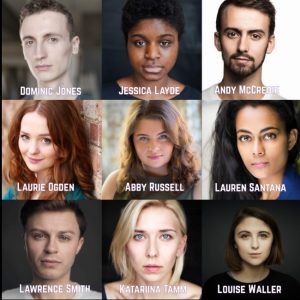 WoLab formulate a relaxed and playful environment for artists and creatives to form and realise their ideas and this is crucial within our theatre industry. Although PlayList can be classed as a ‘scratch night’, the concept of having a selection of miniature plays programmed within a 2 hour performance is a great one, something I’d personally like to see more of. With a format like this, audiences can take away from it what they will; works by multiple artists brought to them in the space of an evening. As the ensemble take their bows, without doubt I’m left believing that many will become pivotal voices within the industry. 4/5

PlayList was shown on Sunday 4th and Monday 5th March at the King’s Head Theatre. To find out more about WoLab, visit here…