As the alcohol flows, the stage is set for a night of drunken debauchery and revelations. In an uncomfortably hot theatre, the suffocating, inescapable realities of Albee’s characters, extend into the auditorium. Who’s Afraid of Virginia Woolf is a complex telling of a martial breakdown, a challenging premise but approached with admirable commitment at the Corpus Playroom. 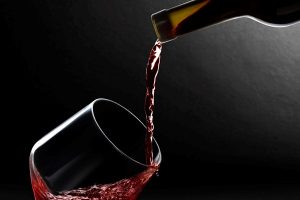 Martha and her husband George arrive home from a party and despite it being 2am, the pair are expecting guests for a spot of after-party drinks: the new biology professor Nick and his wife Honey. With breakdowns and rising toxicity, the only relief is a matrix of games designed to humiliate one another and fight the battles drawn in their ruptured domestic lives.

‘I need a way to fight you…’ Words unsaid, a nervous tension builds and the ‘clucks’ of taunting Martha dig holes into the armour of flop husband George. Like us, the unsuspecting guests witness the pain in the portrait of a man drowning.  Martha, Shimali De Silva, adorns sexual proposition seducing spirited Nick, Milo Callaghan. George, Joe Tyler Todd is the broken but angered husband accompanied by Honey, Annabelle Haworth who brings the comedy whilst extrapolating the crisis of her own marriage.

Beyond the complex premise and confusing conclusion, this cast attempt a fast paced naturalistic portrayal which engages its audience. Perhaps it could benefit from a cut and slight adaption, this three act play often finds itself reeling in circles and dodging the point. The question of truth and illusion is a repeated phrase throughout and for me the truth of drunkenness is questionable. Though the drinks are being poured, at times the drunk acting takes over and the actors lose their purpose and direction on stage. I leave the theatre with sympathy for the unsuspecting guests and victims of the hellish marriage, wondering why they do not leave the party and seek refuge earlier. 3/5

Who’s Afraid of Virginia Woolf is currently showing until Saturday 12th May 2018 at the ADC Theatre (Corpus Playroom). To find out more about the production, visit here…