Win 1 of 5 pairs of tickets to one of London’s top shows!

In celebration of our 5th birthday this July, we’ll be collaborating with 5 theatres to give away a pair of tickets to 5 of London’s top theatre shows. You could win a pair of tickets to: The Secret Lives of Baba Segi’s Wives at the Arcola, Pity at the Royal Court, The One at Soho Theatre, Che Malambo at Sadler’s Wells or Circolombia at the Underbelly. 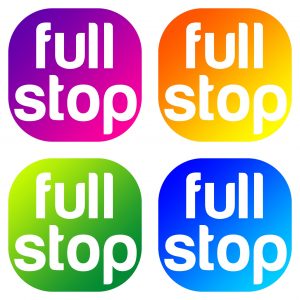 If you’re not sure as to which show you’d like to choose, have a look at the options below: 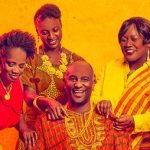 Baba Segi has three wives, seven children, and a mansion filled with riches. But now he has his eyes on Bolanle, a young university graduate wise to life’s misfortunes. When Bolanle responds to Baba Segi’s advances, she unwittingly uncovers a secret which threatens to rock his patriarchal household to the core. The Secret Lives of Baba Segi’s Wives is a scandalous, engrossing tale of sexual politics and family strife in modern-day Nigeria. Lola Shoneyin’s bestselling novel bursts on to the stage in a vivid adaptation by Caine Award-winning playwright Rotimi Babatunde.

A person stands in the market square watching the world go by.

What happens next verges on the ridiculous.

Rory Mullarkey’s new play asks whether things really are getting worse. And if we care.

Harry and Jo are up all night drawing the battle lines of their relationship with sex, violence and Wotsits. A viciously funny and daring play, The One invites you into the world of a couple trapped in a destructive and violent cycle of love and lust. Vicky Jones’ ‘astounding and astonishing’ (Telegraph) debut won the Verity Bargate Award in 2013. Back at Soho Theatre this summer for a limited run, starring Tuppence Middleton (War and Peace and Netflix’s Sense8)

For the first time in the UK, after wildly successful performances across North America and Europe, the all-male Argentinian percussive dance and music sensation Che Malambo brings the power, poise and posturing of the gaucho cowboys to the Peacock stage. Created by French director and choreographer Gilles Brinas and touring internationally since 2005, Che Malambo digs into the traditions and duelling culture of the macho Argentinian gaucho, with precision footwork, rhythmic stomping, drumming and song originating in the South American pampas. Into the cultural melting pot were added elements of flamenco brought by the Spanish, the step dancing of 19th century Irish immigrants, and tap and body percussion brought by West African slaves who worked alongside the gauchos. The hallmark of Malambo is zapeteo, the fast-paced footwork inspired by the rhythm of galloping horses. Malambo also features the drumming of traditional Argentinian bombos and whirling boleadoras, a throwing weapon made up of intertwined cords and weighted with stones.

To enter our ticket giveaway, simply state which show you’d like to see and why, alongside your name and address to theatrefullstop@gmail.com. Please title your email ‘Ticket Giveaway’ and send your entry by Friday 29th June at 11:59pm. Good luck!