The Beginning of the End. A Concert Evening with Paul Hankinson and Damian Rebgetz @ Münchner Kammerspiele Review

Damian Rebgetz, born in Darwin, Australia, has been a member of the Kammerspiele ensemble since 2015, playing such diverse roles as Yasha in The Cherry Orchard and das Fräulein in Mittelreich. With his background in classical music and music theatre, Rebgetz’s desire to present a lieder recital did not come as a surprise. Yet the material he had chosen was rather unusual. 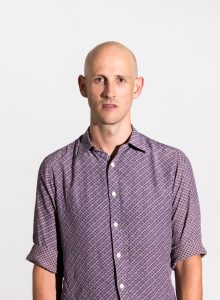 Courtesy of Tien Nguyen The.

Together with composer Paul Hankinson, Damian Rebgetz performs a series of pop hits in the setting of a recital with works by Robert Schumann for voice and piano. The duo choose songs from compilation albums with titles such as “80s Heartbreakers”, “Hit Pix 88” or “Summer 89″, music that had coagulated into capitalism, the “post-disco-topical” melancholy of the 1980s, and tried to breathe new life into hymns to the dictatorship of love, such as: “We never said it would last forever. But soon we will have to part. Maybe then you will realise what you lost. But it will be too late lover. It’s already too late. Because we’ve stopped making future plans. This is the beginning of the end.”

Damian Rebgetz is seated on a bar stool and Paul Hankinson at the piano, a music stand displays a card saying: “THEBEGINNINGOFTHEEND”. Paul Hankinson and Damian Rebgetz had been considering doing a theatre piece or performance together for some time and came up with the idea of presenting pop songs in a very different way. Damian Rebgetz talks about his affinity to “Heartbreakers”, an LP he listened to when he was eleven years old. The producers had made sure that many 1980s love songs had a hook line that people wouldn’t get out of their heads because “that was great for pop music and capitalism”. Rebgetz and Hankinson clearly evoke the spirit of the 1980s with Madonna’s hit song “Material Girl”, stating that the boy with the cold harsh cash is always right. To avoid interruptions, another card is displayed asking the audience to please not applaud between the songs.

In the second part, Rebgetz talks about the dictatorship of love and love in general, mentioning his boyfriend Fabian, whom he had met in Rotterdam. He also deplores the premature ending of Artistic Director Matthias Lilienthal’s work at the Kammerspiele. Lilienthal was still going to be in Munich for two more years but Rebgetz thought he’d get in early for his goodbye concert.

It feels somewhat strange to listen to songs like “You Gotta Fight for Your Right to Party” by the Beastie Boys or “Relax” by Frankie Goes to Hollywood presented in the setting of a lieder recital. But this unusual presentation makes one listen to the songs afresh and lend them a different meaning. When presenting Cindy Lauper’s “Girls Just Wanna Have Fun”, Damian Rebgetz throws glitter onto the stage that he has kept in his pocket, creating a somewhat fake party atmosphere that reaches its climax with the finale: The ultimate 1980s love song “Take My Breath Away” with Damian seated in the audience and Paul Hankinson smoked up in dry ice at his piano whilst a small silvery disco ball is rotating. The audience love the concert and ask for an encore.

An entertaining evening with one of the most unique actors of the Kammerspiele ensemble. 4/5

The Beginning of the End was shown at the Münchner Kammerspiele on Sunday 15th July 2018. For more information on the production, visit here…