This year marks two significant anniversarys; the first being the execution of the Romanov Family, the ruling family of Russia up until the February Revolution and Russian Revolution in 1918 – a century ago, and the 50th anniversary of the assasination of Martin Luther King Jr, one of the most influential figures within the Civil Rights Movement in the US. These two events would go on to make an impact on history thereafter, politically and socially. Nichola McAuliffe draws on these two significant historical events in her latest piece, Revenants – set 25 years prior to the latter event, and 25 years after the former. Read on to find out more about the show. 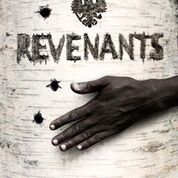 Revenants will be performed at this year’s Edinburgh Fringe Festival from 1st to 27th Aug How are you feeling ahead of the show?

Apprehensive and excited in equal parts. We have the best actors, the best director, designers and tech crew so what could possibly go wrong?

Revenants is set twenty five years after the execution of the Romanov Family and twenty five years prior the assassination of Martin Luther King. What was it about these two particular events that inspired the creation of Revenants?

Listening to events today, I’m struck by the polarisation of right and left and was thinking how the revolutionary left had risen up against their oppressors and how those who had oppressed, twenty five years later, attempted to remove the leader of a revolution – actually three in one year. Then, of course at the centenary of the Russian Revolution and the 50th anniversary of Dr King’s assassination falls this year. It made me want to examine what has changed since these two events. My sad conclusion is… not much.

Revenants will explore themes of oppression, prejudice and revolution. Why explore these themes in particular?

I’m very conscious that, while we in more secular and less tribal societies are exposing the inequalities that have been for generations the accepted norm, there are more places in the world where women, LGBT+, people of colour or no colour, the disabled, the different – the list goes on – are still victimised, oppressed and disenfranchised. Is the answer quiet or violent revolution? And what are the consequences of our choices?

Revenants will focus on actor Ernest Thesiger – who meets with Queen Mary to grieve the loss of the Russian Royal family and Waverley Monk – a young G.I. affected by the hostile backdrop of segregation. How did you approach creating the characters and narrative?

I read a great deal on and around the subjects, both personal and general. When I learned about the extent of brutalisation of African American soldiers in World War Two, I wanted to contrast Monk’s feelings of anger and hurt with the beliefs of Queen Mary’s Jamaican chauffeur who is proudly British, believing the Empire is a commonwealth of equals under the Crown – this is a dozen years before Windrush. Thesiger, an outrageous character who was openly gay in the First World War was a friend of Queen Mary and, having read snippets of their conversations, realised she was not nearly as tight laced as she was perceived to be. The idea of putting these four disparate people together in and English birch grove was irresistible.

A lot of laughter, terrific acting, brilliant singing from the legendary Peter Straker, Kevin Moore and Toc Stephen and, hopefully, some thought-provoking moments. By the way, it is NOT a musical!

Revenants will be your fourth collaboration with The Pleasance. How have they supported your previous and latest project?

After The Stage New Year’s Party some time ago, my husband and I along with the founder of the Pleasance, Christopher Richardson, the current director Anthony Alderson, all went to Joe Allen’s for supper. The idea for National Hero, my first play, was born and they said they’d put it on. Thanks to Timothy West in the cast they didn’t lose any money and my next play, A British Subject – about my husband – followed. Then Maurice’s Jubilee with Julian Glover and Sheila Reid, and now Revenants which is a co-production with Bill Kenwright who, as well an owner of Everton and a big commercial producer of film and theatre, is also a great supporter of new work. The Pleasance is my writing home and the integrity of Alderson and Richardson is absolute, so you always know everyone just wants the best for the play and the relationship if like a marriage: in sickness and in health, for better or worse and for richer or poorer.

Know the difference between the person who genuinely wants the best for the play and gives good suggestions for re-writes and edits, and the person who wants to write their own play and is determined to use your play to do so. Be open to the former, and not precious about your immortal prose. Protect yourself from the latter in whatever way that won’t get you arrested.

Revenants is currently showing at the Pleasance Dome as part of this year’s Edinburgh Fringe Festival until Monday 27th August 2018. For more information on the production, visit here…