Out of the Shadows Festival @ Theatre N16 Review

Over three days in October the inaugural Out of the Shadows festival, present twelve pieces of new writing at Theatre N16. I catch the sold out final night and encounter four pieces in varying stages of development. 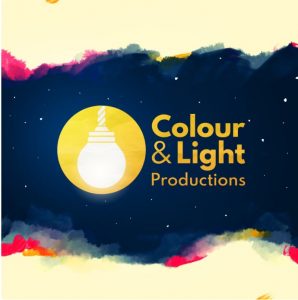 First of the night is Freedom by Lee Dillon Stuart. Set in a club toilet and depicting one man’s struggle with temptation, the play has a distinctly Faustian overtone, with multiple characters circling Lee in a hedonistic fog. Stuart displays an impressive amount of investment on stage, while Kaine Zajaz and Tabitha Tingey plays the frequently shifting supporting roles with an energetic tenacity, Zajaz’s Mephisto-esque figure, taunting Lee with rhyming couplets is a memorable presence, as was his animated Scottish coke dealer.

The play is refreshingly fast moving but structurally erratic, although suitably disorientating given the drug addled content, a more efficient staging and more effort to distinguish between different locations and characters would be helpful.

Freedom ends with a poetic and defiant autobiographical monologue delivered by Stuart as himself, driving home the personal experiences that inspired the piece. It is a striking and affecting choice and a device that would likely serve the play well if utilised throughout.

Asbestos begins as a light domestic comedy of a family returning home for Christmas, touching on some pertinent state-of-the-nation themes, it eventually treads into more melancholic territory. The piece takes some time to get going, with a lack of conviction and volume in performance, but it does manage to push through the inertia towards the end. A more confident cast and clearer direction might reveal more in a text that seems  yet to find its dramatic thrust.

Writer Thomas Bird should take heart from the many moments of poignancy that does shine though, including later speeches well delivered by Liz Ewing as Joy and Henry Parker as Fred. The surprisingly scathing tone of the closing monologue, lamenting the intoxicating effects of nostalgia, is an impressively disruptive final touch.

Asbestos is ambitiously themed with a clear understanding of post war British playwriting, further refinement could see this become a compelling piece of work

The clear highlight of the evening is Sonnet 61: Short People written and directed by Stella Kammel. The piece has an irresistible charm and Kammel’s witty dialogue performed with clarity and stunningly detailed characterisation ensure that everyone in the sold out auditorium remains utterly captivated.

The impressive and likable supporting cast provide a fluid constellation of well drawn supporting figures,  they also remain on stage when not in character, enjoying the performances of their fellow cast members, a pragmatic decision that proves well judged, keeping the pace and generating an infectious warmth on stage.

Kammel’s writing is steeped in a familiar contemporary tradition of comedic, East Coast navel gazing: bitingly acidic dialogue, sardonic observation and unrequited, dysfunctional outsiders navigating life and love in the city that never sleeps. Sonnet 61 echoes the works of Woody Allen, Lena Denham, Daniel Clowes, Jerry Seinfeld and Nora Ephron to name a few. However Kammel’s voice and perspective are distinguishably her own, she has an inescapable sense of empathy for even the most abrasive of her characters, a consummate sense for dramatic structure and the ability to burrow into the most individual of scenarios to uncover hidden universal truths.

Sonnet 61 is an accomplished piece that belies its fringe festival settings, this is a play that would not look out of place on London’s most established new writing stages.

The night ends with the first read through showing of an extract of Phi, a new piece based on the Greek tale of Philoctetes by Kara Taylor Alberts & Karla Lajo. Light hearted and comedic, the piece includes two songs that suggest high ambitions for Phi and showcase the performers’ indisputable musical ability. Clearly in its formative stages, I’m reluctant to comment too much, but the project’s scope is evident and I look forward to seeing it develop.

It is a rough and ready night and the organisers seem to be flying by the seat of their pants, a lack of raked seating means many in the audience see little of the action on stage, which is hard to forgive for a £12 ticket and may explain why many leave at the interval. Nonetheless, Out of Shadows and Theatre N16 deserve real credit for providing an audience and a much needed platform to emerging talent and in one case uncovering a genuine diamond, if it can offer this standard of work at future festivals, then long may it continue.

Out of the Shadows Festival was shown from Sunday 7th until Tuesday 9th October 2018 at Theatre N16.

« Previous post
The Inheritance @ The Noël Coward Theatre Review
Next post »
Playwright Daniel York talks about his latest production, Forgotten, to play at Theatre Royal Plymouth and the Arcola Theatre.