Grease is well and truly the word in this Yorklight interpretation of the funky classic we all know and love, although does fall a little short of the soaring bar set by the original film. Filled with glittering set pieces, colourful attire and hair that is so gelled into place it looks as if the cast has to use olive oil to keep it at bay, creates the perfect staples for this jiving 50s musical. 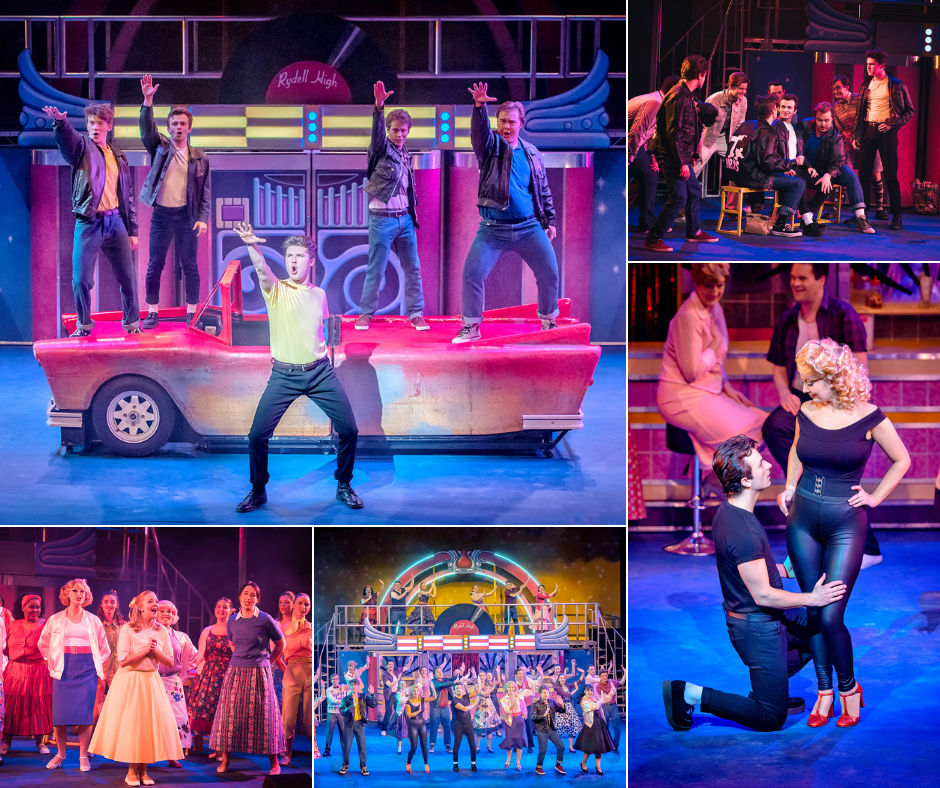 The younger cast, who are mere twinkles in the eyes during the 1950s to remember jukeboxes and drive ins, take to the stage with a fresh set of moves and an abundance of energy that captivates the audience as they reminisce on the timeless hits. This is not your typical Grease the movie approach, as the set production tweaks lyrics, adds songs and jiggles around storylines, smart to avoid being directly compared with the high class equivalent. Unfortunately, many characters do fall a touch short of the mark, but on the other hand we have some clear standouts who add their own twists to the roles, and erupt viewers into fits of laughter on many occasions. Finn East who plays Roger is in his own league, with a head bop as wild as Churchill the dog, East struts, leaps and ‘moons’ into the audiences hearts quite easily. Another class act is that of Kinickie played by Jack Armstrong, who places his head in Rizzo’s cleavage so many times it looks as if he is desperately looking for spare change, but does have the swag necessary to pull the character off respectably.

A particular moment of foot tapping success was the way the groovy cast managed to create a high school American prom, jiving and swinging about the space as if being shaken up beforehand, ready to erupt! The comeback of such iconic dancing was a treat and the audiences cheers in response produced a real buzz in the whole theatre, merging Yorkshirecharm with Hollywood glam. Johnny Casino leads the band, Vince Fontaine leads the crowd and Miss Lynch well… leads the detentions, all surrounding the energy and excitement of the couples battling it out on the dance floor.

Overall, this youthful cast brought a touch of sparkle to the Theatre Royal stage and reignited the fashionable 50s flare we all love to jitterbug along to! If you are expecting Grease the movie this is perhaps not for you, however if you want something fresh, upbeat and unique in its own right then this show delivers this in bucket loads.

Grease the Musical is currently showing until Saturday 23rd February 2019 at the York Theatre Royal. To find out more about the production, visit here…