A bold new technological step for theatre, connecting four countries, four theatres, under one brave idea. It isn’t often that one can say that they are watching theatre tread new ground, but this can be unequivocally said for Babylon Beyond Borders. The abstract production is performed and live streamed across the globe from London to São Paulo, Johannesburg to New York, each performing their individually devised contribution. This is all under the concept of the tower of Babel, the division of humanity, split by the linguistic barrier of multiple languages. 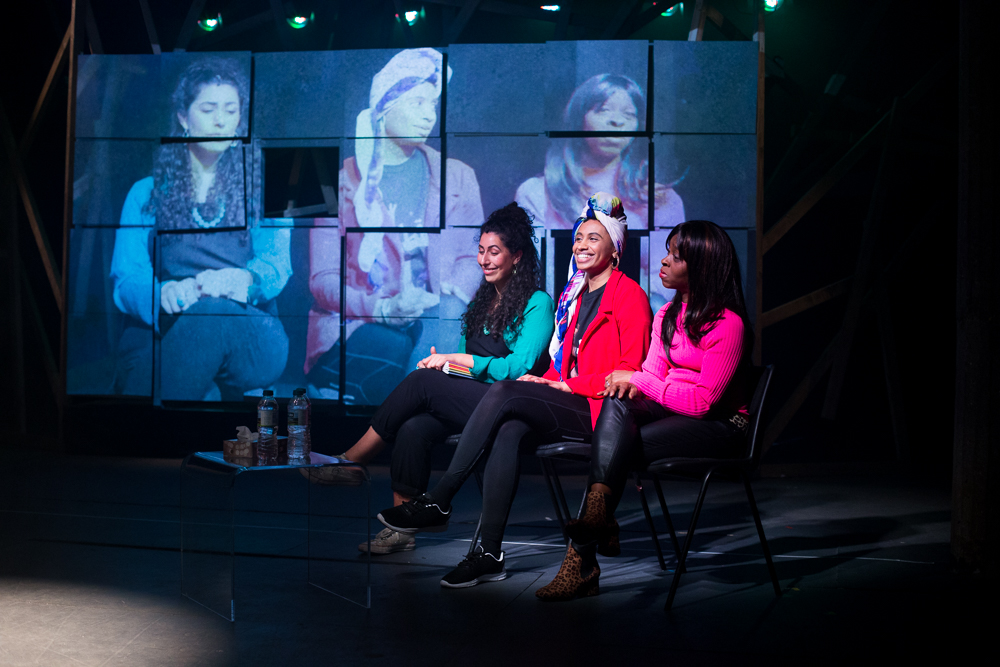 Each theatre company uses a Babel-esc tower as a muse, a ruinous pillar that holds significance to each community, exploring race, home, identity, migration and so much more in an age where the social-politics surrounding these topics could not be more fraught.

Due to four seperate directions from Sarah Elizabeth Charles, Pedro Granato, Mwenya Kabwe and Ruthie Osterman, the tone and pacing of the production switches, ebbs and flows. It begins with soundscapes, choreography and song, but jumps through physical theatre, monologues and wonderfully unapologetic satire. Many of the monologues are delivered in native languages, the São Paulo portions of the stream are performed completely in Portuguese which assists in enriching the multicultural depth to the play, but does halt the progress for those who can’t understand what appears to be heartfelt and emotional pieces of work. Perhaps subtitles could be a solution for future ventures.

The London-based segments that focus on Grenfell tower are hauntingly potent, the simplicity of three ex-occupants discussing the impacts on their lives and their now broken and mistreated community strikes a serious chord. Hearing the story and intricate plan of a little boy who devised how elephants would put out the fire, rescue the victims and save his close friend, who we learn was in ‘year 3’, is painfully real.

Other highlighted moments include an intelligent imitation of a busy South African street, a Brexit-mocking airline safety demonstration and the wonderfully harmonised live voices of the women’s chorus. Amongst all the talent, devised work and performance, I believe that the greatest acclaim must be given to the livestream producer Heather Pasfield, who manages to bring this concept to life. Seamlessly blending four live streams into one performance that works not only in the theatre’s around the globe, but also on a YouTube livestream. Making it accessible to anyone and everyone around the world and that alone is what makes Babylon Beyond Borders an enormous and original success. 4.5/5

Babylon Beyond Borders was shown from Tuesday 12th until Saturday 16th February as part of this year’s inaugural Babylon Festival at the Bush Theatre. To find out more about the production, visit here…