As a part of the Arcola Theatre’s Creative Disruption the Arcola Women’s Company presents Women of Troy, a reimaging of Euripides’s text told from a female perspective. A cast of sixteen women form the ensemble for this production. In turns they recount Troy’s fall, detailing the trauma surrounding the events that took place. The graphic descriptions are echoed in their bloodied clothes and dishevelled appearances. This, combined with a bare stage, conveys the cold atmosphere of the piece. 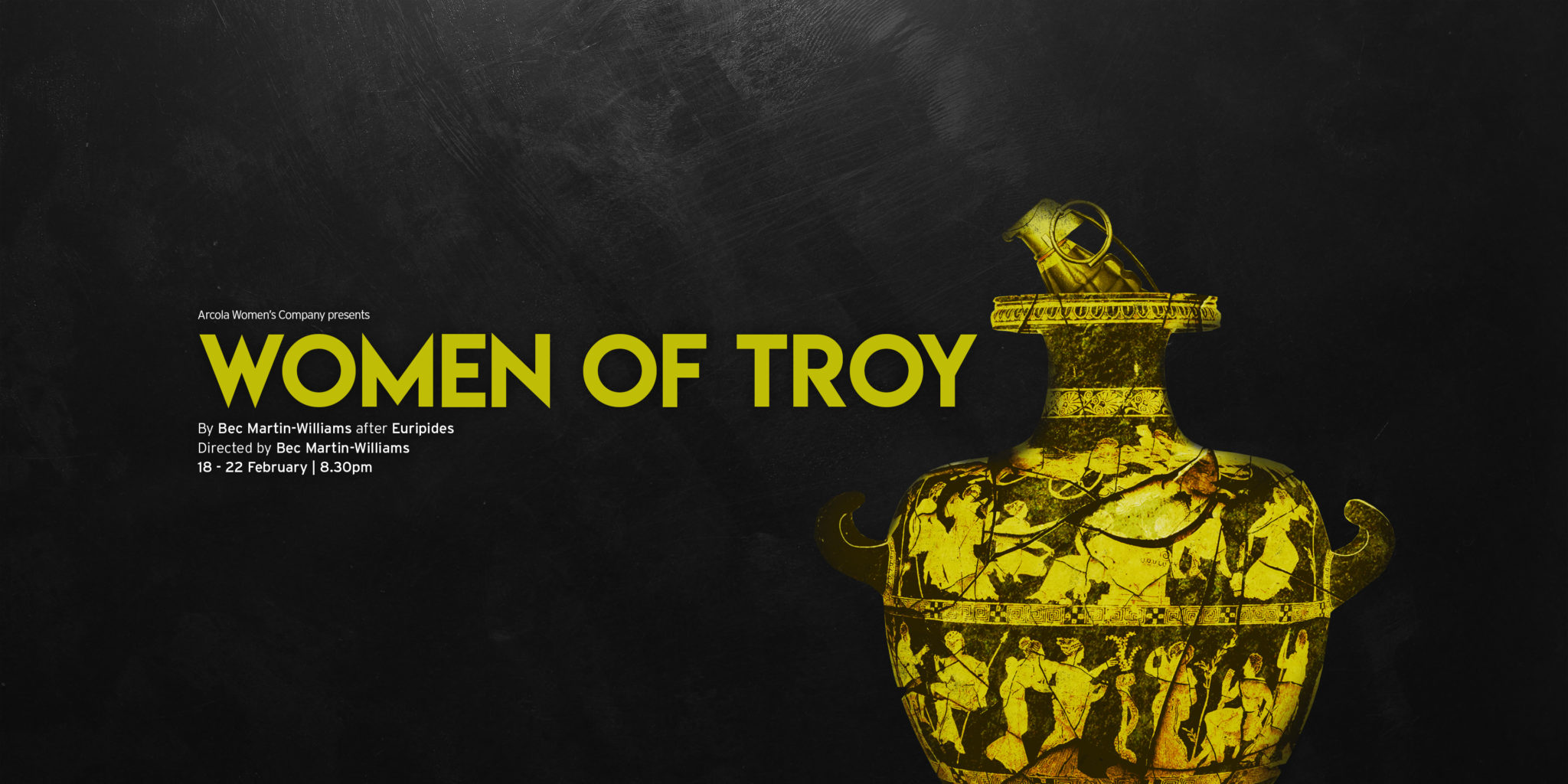 The timely play is a collection of women’s voices finding strength to speak out about their trauma, rage, fear and grief. While a voice is being given to these women, their lack of power is felt quite strongly as they are waiting to be sold into prostitution. This creates an interesting contrast between finding inner strength when outer circumstances take agency away.

The various characters give different perspectives on their situation, from a young naïve girl, to a mother who has lost her child, to a woman who has lost her whole family. They tell their stories and sadly have one thing in common: they have all been raped at least once.

However, in a time when giving a voice to a group of women who have been silenced is on point and necessary, this play fails to convey the emotion it could. The playwright-director, Bec Martin-Williams, has attempted to modernize Euripides’s writing by inserting a number of contemporary references into the text. This is unfortunate, as the story gets lost in a series of references that feel jarring and derail the plot.

Furthermore, even though the actors are invested in conveying emotion, the connection between them is lacking. Bec Martin-Williams’s directing struggles to find a way to continuously keep her actors engaged with one another. This disconnect ultimately diminishes the power behind the trauma these women feel.

The director has attempted to modernise a classic, but she has not found a way to seamlessly sow together the many elements she is working with: a classic plot, a commentary on our current society, and a large cast to manage. This all results in leaving this show without a clear focus. 2.5/5

Women of Troy is currently showing until Friday 22nd February at the Arcola Theatre as part of their Creative Disruption Festival. To find out more about the production, visit here…