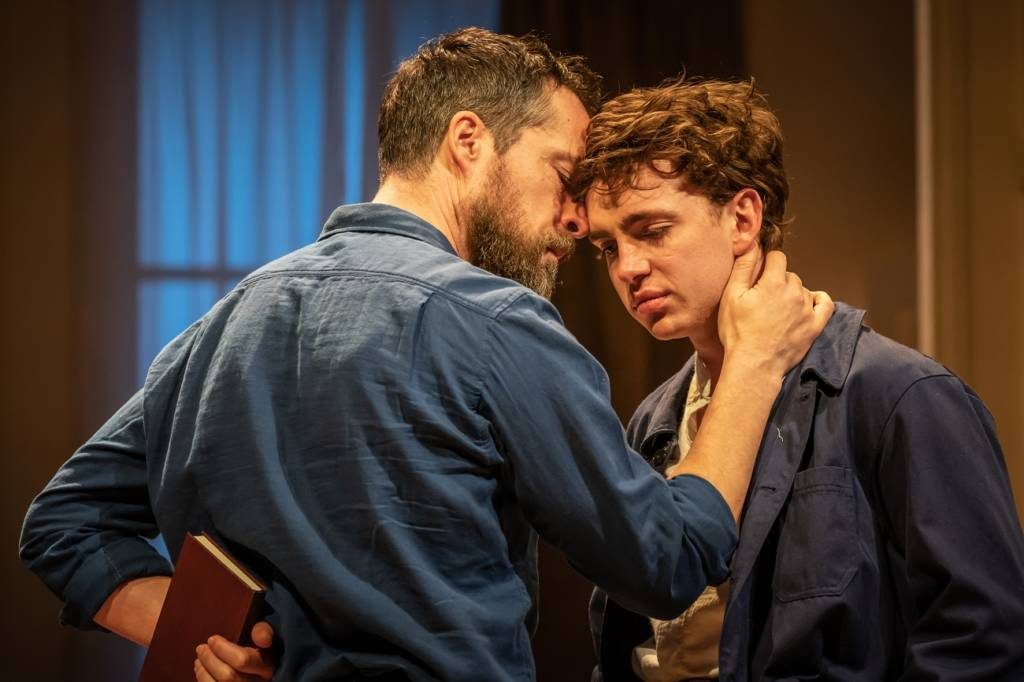 Zeller’s family trilogy at The Kiln concludes with The Son, translated once again by Christopher Hampton. Domestic life is never rose tinted with Zeller but it’s his ability to carve an honesty with his character’s and their situations that makes his work so popular with audiences.

Separated parents Anne (Amanda Abbington) and Pierre (John Light) are struggling to cope with their depressed son Nicolas (Laurie Kynaston). Nicolas is equally toiled by his parent’s failed relationship, more particularly with how his father could ‘abandon’ them for another woman, Sofia (Amaka Okafor).

Nicolas’s depression causes him to play truant from school and when his parents discover this they agree it might be easier if he sets up a new life with Pierre. However, this only exasperates his isolation further- after all sharing an apartment with the woman your father had an affair and their young baby could only make matters worse.

The Son is a heavy one act of a play where masculine energies charge and their explosive consequences unravel. Making sense of the complexities of romantic and intergenerational relationships is a minefield for both Pierre and Nicolas and it’s the female characters that are left to mend the pieces.

Kynaston handles the complex character of Nicolas with a beautiful sophistication. There’s a fragile, yet haunting distance to his approach which feels not too dissimilar to Andrew Scott’s Hamlet. He’s a talented actor with various high profile productions under his belt- so no doubt we’ll be seeing a lot more of him in the future.

There is a shadow of predictability that lurks over this piece, but Michael Longhurst’s direction keeps the action simmering, ready to reach boiling point at any given notice. The chic French apartment setting (wonderfully designed by Lizzie Clachan) is frequently torn apart, papers and vases are thrown, jigsaw pieces scatter the parquet flooring like confetti. It’s messy and often a bit of a distraction, but the metaphor is a looming dark one- exactly who is left to pick up the pieces of a broken family? 4/5

The Son is currently showing until Saturday 6th April 2019 at the Kiln Theatre. To find out more about the production, visit here…