9 to 5 the Musical @ The Savoy Theatre Review

High hair and high hopes are on offer at the Savoy Theatre with Dolly Parton’s musical hit 9 to 5 that’s landed a place on the West End after its UK and US tour. A rough cut and paste job of the original 80s script, but with camp musical numbers from Parton thrown in to give it added sparkle. 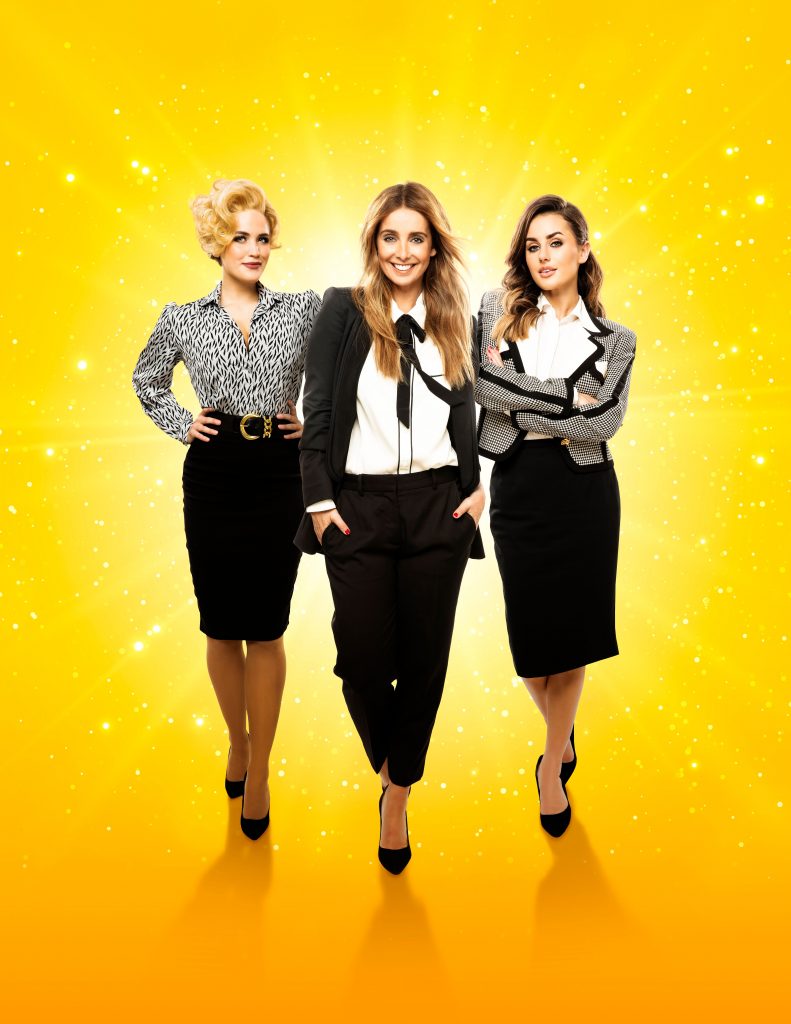 21 year old Judy (Amber Davies) is the new girl at corporate powerhouse ‘Consolidated’ following her break up with husband Dick (Llandyll Gove) who ran off with his secretary two years her junior. She’s taken under the wing of office veteran Violet Newstead (Caroline Sheen) who shows her the ropes, steering her well clear of office telltale Roz (Bonnie Langford) and Doralee, who, if rumours are to be believed, is having it off with the chauvinist boss Franklin Hart Jr (Brian Conley).

But Judy, Violet and Doralee soon learn that they need each other if they’re to beat the brutish Franklin and obsequious Roz. Bonnie Langford is an absolute charm in this role, stealing every scene with just one look. She lets the camp humour flow, darting and backflipping across the stage in her burlesque getup during showstopper ‘Heart to Hart’.

Natalie McQueen’s Doralee is a playful pastiche of Dolly herself, pulling traits from the same role that Ms Parton played in the original film. McQueen is fun and bright, even if her American drawl sounds like it’s been plucked straight from a school production of Guys and Dolls.

There is a lot of flat staging, particularly in solo number ‘Get Out and Stay Out’ where Davies is given the rare opportunity to shine but it comes off all very static and one dimensional. Conley suffers from this too. His crotch gesticulations are naff and a bit pointless and it’s often hard to understand if this 9 to 5 is meant to be a Carry On or a reinvention of a seminal moment in movie history.

The girls manage to get their way in the end, turning ‘Consolidated’ around and narrowly evading prison time for their criminal misdemeanours along the way. 9 to 5 is a perky upbeat musical, a must watch for any Dolly P fan- but it can’t rely on nostalgia alone to make it the sparkling triumph it wants to be. 3/5

9 to 5 is currently showing until Saturday 31st August 2019 at the Savoy Theatre. For more information on the production, visit here…