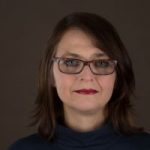 Established 28 years ago by writer Rukhsana Ahmad and the director Rita Wolf, Kali has blazed the trail for stories told by women of South Asian descent. Born from urgent beginnings, Kali’s legacy still lives on, their mission to ‘develop and present groundbreaking, thought provoking, contemporary theatre by women writers of South Asian descent that reflects and comments on our lives today’ the driving force of every production or initiative established. The company’s latest initiative, DISCOVERY recently created a platform for 12 writers to have their show’s produced for stage readings in London, Leicester and Birmingham. Kali’s Artistic Director, Helena Bell reflects on the initiative’s impact on the writers taking part and audiences responding to the works.

Hi Helena, the Discovery Showcases recently took place in London, Leicester and Birmingham.What was the response towards the evenings?

It was a thrilling experience – the showcases have been uniformly well received and yet each one has had a unique atmosphere dependant on the plays, the differing actors in each city and the different venues and the ambiance they invite. I’m really delighted with the response to the work.

For each evening, you teamed up with an Associate Director; in London it was with Natasha Kathi-Chandra and in Leicester and Birmingham it was with Trina Haldar and Balisha Karra. How did you collaborate to stage each evening?

Before rehearsals we met and talked about each play in a lot of detail. We also met the writers together to talk through the showcase process and prepare them for the rehearsal day.  During rehearsals we sat in each other’s rehearsal rooms with each of us leading on two plays each. The director not leading that day would then support the writer and take a backseat in the rehearsals. I wanted the associate directors to have a co-directing credit for these showcases as very often emerging artists find it difficult to get credits in their own right. They do a lot of staff directing. The exception here is Trina Haldar who runs her own children’s theatre company, nevertheless she still seldom has the opportunity to engage with new writing for adults so she has said it was a hugely valuable opportunity for her too. It was also fantastic to work with directors who came from the city we were in and connect to that landscape both through them and the writers as well as many of the regional actors we worked with.

Four writers per evening had their works showcased, how was it decided what shows make the final line up?

In each hub we had a selection panel of four industry professionals – this included the Venue Programme Manager, Myself on behalf of Kali, a professional Writer/Dramaturg and Associate Director. We drew up shortlists and discussed the merits of each piece in face to face meetings. We then fed back written appraisals to each and every submission.

The aim of the evening was to support emerging writers with readings to supportive audiences. How have playwrights taking part responded to having their plays rehearsed?

The writers have all spoken of their excitement and nervousness beforehand and their elation once they got into rehearsal rooms and then saw their work come to life through the performers. It has been hugely rewarding to see and hear how much they have got from the experience. We’ve also had brilliant feedback to the process leading up to this where they spent individual time with their dramaturg who mentored them through two more drafts of their plays.  These dramaturge were selected as they are all established South Asian women playwrights in their own rights and were wonderfully inspiring both as script editors and role models to our DISCOVERY writers.

How have you found working on these 12 new plays?

Loved every minute. Loved the variety of theme and also some of the cross overs. Each hub had a comedy. Each hub had an LBGT themed play and two hubs featured plays about domestic violence. Several plays were about the sometimes fraught relationship between sisters but all very differently conveyed. Each hub had one piece that was set in India too so that was interesting as the other nine plays were all set in current day Britain.  I enjoyed much of the very contemporary vocabulary. I also liked the regional nature of some of the work. I learnt a lot about how young women are feeling in 2019 too.

What would you like for audiences to have taken away from Discovery?

To feel part of the ‘discovery’ process themselves and to enjoy the range of voices and experience of South Asian women writing today and the high quality of the work developed. Also to see what a talented pool of actors we have in our sector. It was exciting to see the actors take on several roles in one evening and many of the audience commented on the pleasure of witnessing that.

Discovery was a writing initiative curated by Kali Theatre and took place in London, Leicester and Birmingham. To find out more about the evening and Kali Theatre, visit here…