Father is a one-woman show by Francesca Bartellini, outlining her personal experience of abuse from her father as a young girl. Shows of this calibre are of increasing importance in the ‘Me Too’ era, and I am so glad that Bartellini has found a platform to express the atrocities committed against her. 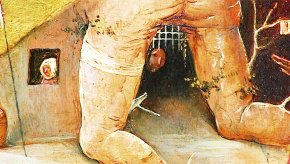 However, the overall structure is questionable, and it could be executed differently. Despite being a one-woman show, the performance consists of three characters, as Bartellini plays herself, her mother and her abusive father. The performance of herself and her mother is great, exploring the many facets a mother must feel, and the confusion such an imbalance of power must cause to a young girl. The composition of these roles really portrays the solidarity that exists between women who are subjected to abuse, and this is a very strong aspect of the performance.

Nonetheless, as soon as Bartellini becomes her   father the pace of the show becomes jarred. Bartellini is a talented actor but commanding the stage on her own while embodying such different personalities is a challenge too far. I am often lost as to who is being played, which means the overall impact of each role is lost.

The show concludes with a monologue where Bartellini becomes herself in the present day, outlining the metaphorical link between her father’s profession and his behaviour as an abusive parent. I’m a strong believer in show don’t tell, and while this moment reveals a unique and sophisticated idea, I do not want to be told in a monologue, I want it to be clear throughout. Father deals with an extremely tenuous subject, and sadly misses the mark. Francesca Bartellini should be celebrated for the bravery of her message, however the impact of the themes are lost amongst a convoluted collection of ideas.

Father was shown from Thursday 18th until Saturday 20th April at the Tron Theatre. To find out more about the production, visit here…