The Half God of Rainfall @ The Kiln Theatre Review

Inua Ellams strikes again with his signature rhythmic flare and sharp analytical eye. The Half God Of Rainfall merges Greek and Yoruba mythology in a humorous but poignant 80 minute piece that explores, masculinity, sexual violence and colonialism. 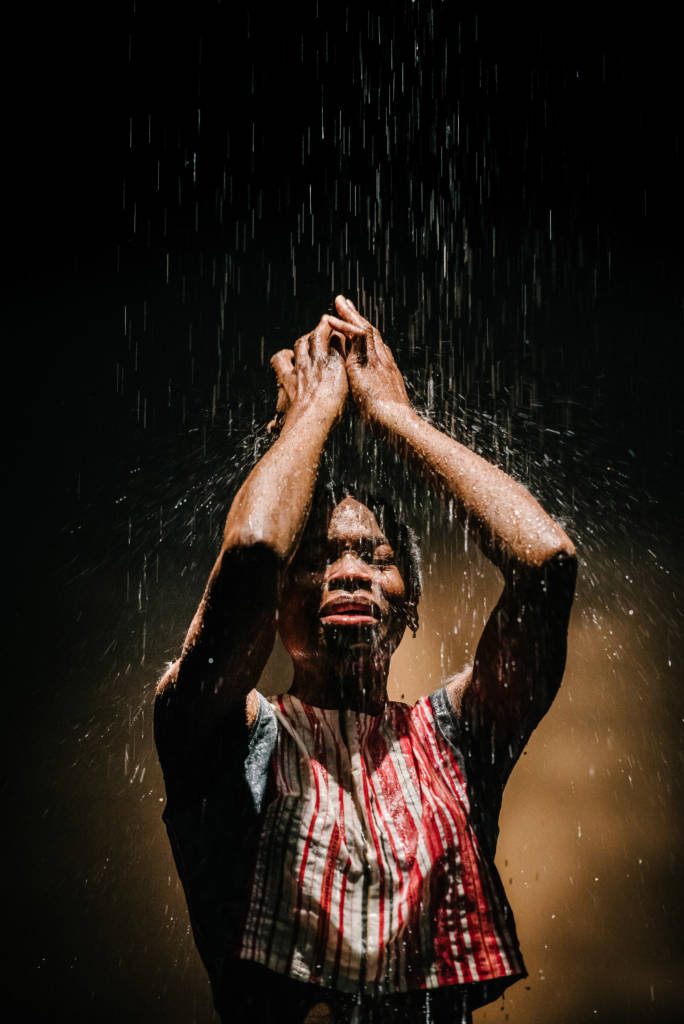 Written as an epic poem, Half God follows the journeys of Modupe (Rakie Ayola) the mortal mother to literal half God, Demi (Kwami Odoom) a young Nigerian-Greek guy who takes the world by storm with his otherworldly basketball powers.

Demi’s god like powers come with a condition, his emotional fragility causes catastrophic consequences to the rest of the world- a mood swing is enough to flood an entire village. As his basketball career flourishes and his life becomes more star studded, the ramifications of his powers become ever stronger. But just like Icarus, what flies high must surely come crashing down.

Demi’s father Zeus, lurks over the two – his malevolence has caused unfathomable damage to Modupe and countless other women, it only feels right that his demise ends in the climactic way it does.

Ayola and Odoom are brilliant, they both possess a gorgeous tenderness in portraying the physical and mental complexities of the multiple roles they take on. But the nature of this play being a two hander that spans such a huge expanse of characters, scenes and worlds requires a disciplined attention span- if you lose concentration for just a snap, expect to play catch up.

There is a sense of sparseness to the production, a distinctive lack of props and a puzzlingly bland projection don’t quite fit the exciting, mythical world that Ellams’ writing creates. Something is missing and Ayola and Odoom are left working overtime to make it work. It’s the beautiful acting of these two that really carry this piece well. The Half God of Rainfall is a difficult one to always be tuned in to, but it’s an interesting exploration of storytelling and physicality. 3/5

The Half God of Rainfall is currently showing until Friday 17th May 2019 at the Kiln Theatre. To find out more about the production, visit here…