There isn’t much to fault in Nancy Medina’s production of Caryl Phillips’ Strange Fruit, currently running at the Bush Theatre. Part of the Passing the Baton initiative, the play details the lives of those that struggle to imagine their futures; people that are trapped by oppression, anger and cultural difference. 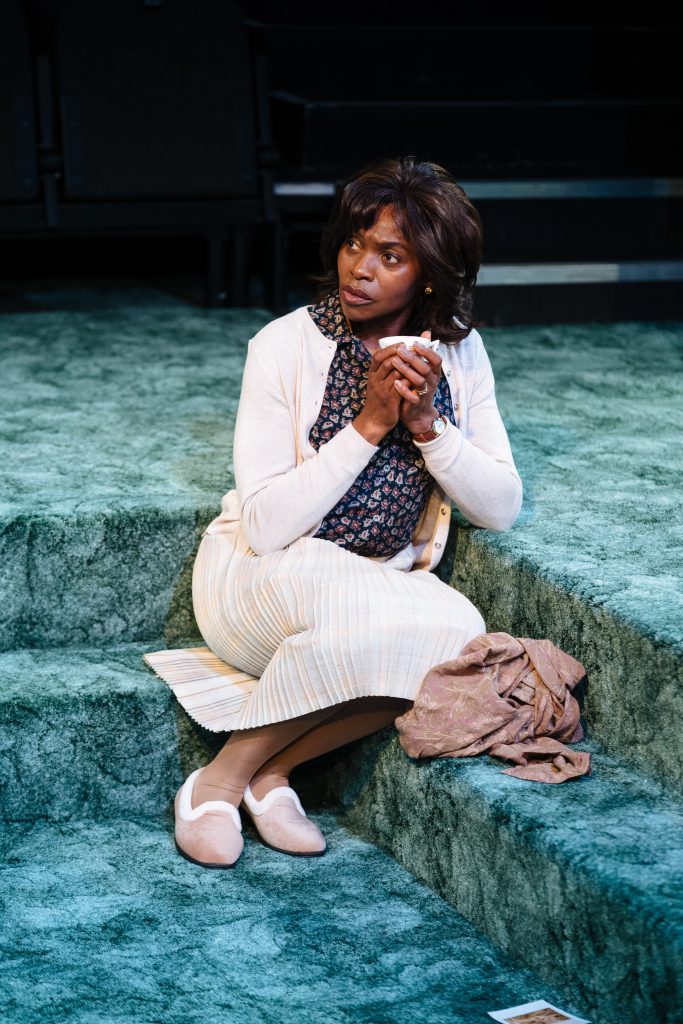 Vivian travelled from the Caribbean to England twenty years ago, bringing her two sons, Alvin and Errol, with her. Leaving their homeland and all family behind, the three arrived into a climate that is politically against their entire existence. From then on the boys have struggled to find their sense of identity.

Their search for answers leads them down different paths; Errol joins a radical protest group; Alvin returns back home to discover his lineage. Despite initially appearing like total opposites, the brothers are rather quite similar. Both desperately want to know who they are; they are both fuelled by terrible rage and both have complicated relationships with their mother.

Phillips’ play really works during its long monologue moments. The big chunks of text allow the actors to really get their teeth into the pieces grit, providing some gorgeous moments. Ayola delivers a heart rendering speech about the racism Vivian felt when she moved to England. She is a brilliant storyteller and has the audience on the edge of their seats throughout.

Jonathan Ajayi is another standout. He displays a gorgeous combination of menace, danger and hopelessness. Clearly a lost soul, you can’t help but feel for him. All he wants is equity; he may not be going about it in the most positive way, but the intention is good. Him and Tok Stephen – who plays Alvin – share delicious chemistry. The two are very believable as brothers.

Debra Michaels and Tilly Steele round off the cast and are equally as strong. The five-strong ensemble are perfectly cast in their roles. It’s not easy to hold an audiences attention for more than three hours, but this group manages to do so. Never once does the action become stalled. If anything, we want more.

Max Johns’ set design places the main action in an ordinary living room, however the real treat is what lies outside the auditorium. Some of the action occurs aurally off-stage, as the cast make coffee and food in the kitchen, projecting some text into the space. In the Bush’s café area, Johns has created an installation of a living room, showcasing various photos and furniture items.

Medina’s production is a compelling investigation into family struggle. It really is a must see. 5/5

Strange Fruit is currently showing until Saturday 27th July 2019 at the Bush Theatre. To find out more about the production, visit here…