Lungs is a “play about our time”; that is the byline many tabloids are going for to describe Duncan Macmillan‘s play even though it had its premiere in 2011. The big question nowadays for many in their twenties and thirties is whether they want to have children or not, given the current state of the world. 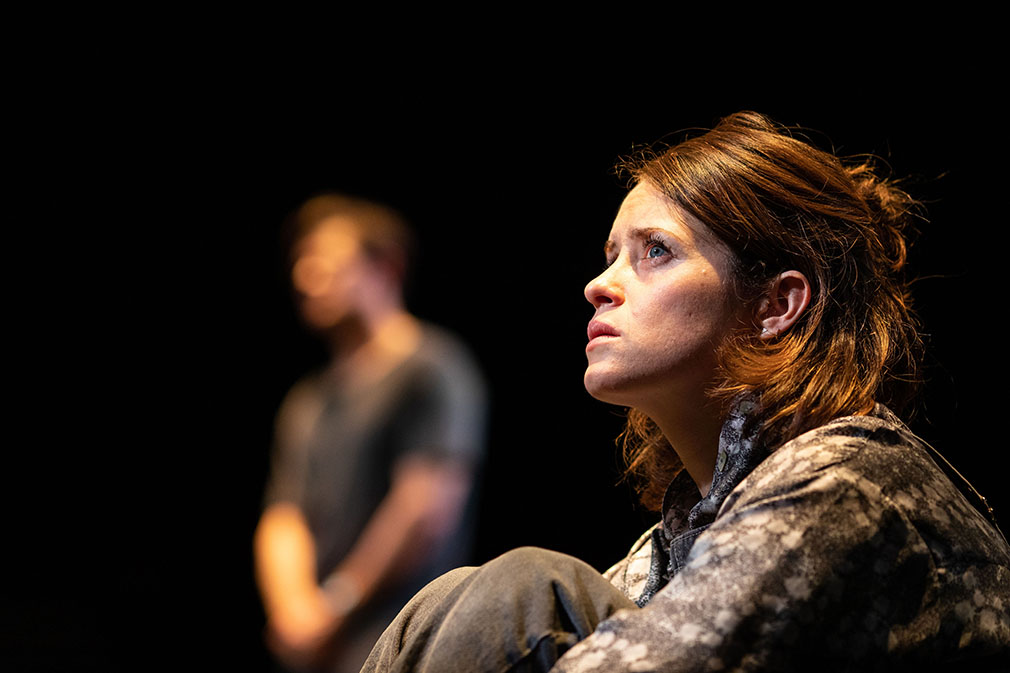 Matthew Warchus‘s new production of Lungsat the Old Vic has all of the fiery anti-parenting arguments and scientific, research-led scenarios on climate change hashed out and thrown together by two characters.

On stage, a nameless couple let loose on every shed of doubt, fear and uncertainty on the human race and their shaky efforts to procreate under difficult conditions for their relationship and limited time left on the planet. However, as serious as these topics may seem for a play about parenting, actors Claire Foy and Matt Smith make a playful outfit of it and drill out as much as they can in a self-contained 90-minute play.

Their nameless characters are flawed. Their relationship is also flawed. They suffer the same ups and downs as you and I. They love each other, they shout at one another, they listen, and talk and talk about their feelings. Lungs is 100% fuelled by emotions; some are overwhelming like pain, anger and frustration, which are neatly exchanged with pangs of humour, wit and silliness. Undoubtedly, anyone seeing this play will empathise, even momentarily, with one of the characters. I’ve seen Foy and Smith in many films and TV shows, and, hands down, their performances are excellent. Together they have the same chemistry as they do as Queen Elizabeth II and Prince Philip on the Netflix’s series The Crown. On stage, they are stripped of their regal costumes and wander around on top of solar panels in casual wear (t-shirt, grey joggers, trainers and some dungarees). Foy makes the strongest impression on me and is a tour-de-force respectfully.

By the end of the evening, Lungs has confirmed many illusions I’ve had about the end of the world and the demise of the human race. Ultimately we are here with an idealistic purpose. When the world is burning away with fossil fuels and there aren’t enough resources left to survive, you would hope you were in the company of the one you love. In short, it’s something like a cheesy motto like ‘to exist is to love, despite everything that is against you’. So, go on and don’t have kids unless you want to.

Lungs is currently showing until Tuesday 29th October 2019 at The Old Vic. To find out more about the production, visit here…