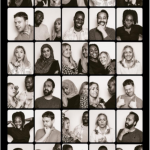 Divisions within society have started to rise to the surface post 2016; tensions revolving around multiculturalism, community, social cohesion and social mobility, issues we all find ourselves addressing introspectively as well as discussing out in the open. Gurpreet Kaur Bhatti’s A Kind of People delves into the lives of various people within modern British society, exploring societal inequalities that impact on the lives of many. As we approach the new decade, we find ourselves confronting many truths, conversations that are vital to improving lives and pushing society forward. Ahead of the show’s opening at The Royal Court from 5th December, Gurpreet tells us more about the show.

Hi Gurpreet, your show ‘A Kind of People’ will run at The Royal Court from 5th Dec until 18th Jan. How are you feeling ahead of the run?

To me, The Royal Court is the greatest theatre in the world and it’s a joy and a privilege to have work on there. I’m feeling excited, nervous and grateful.

A Kind of People asks the question of whether ‘it’s possible to get on when the odds are stacked against you’. What inspired you to delve into this further?

I was interested in portraying a multicultural, modern British community and to explode the myths of social cohesion and social mobility. Inequalities of many kinds are embedded deep into the fabric of our society and I wanted to see how they actually affect people’s lives and relationships.

The production is directed by Talawa Theatre Company’s Artistic Director Michael Buffong. How have you both collaborated to realise the show?

With the help of The Royal Court’s casting director, Amy Ball, we’ve cast seven extraordinary, electric actors and Anna Fleischle‘s set plays with ideas of perspective and naturalism so we already have a rich basis to start with. The rehearsal room feels very open, safe and democratic. Our aim is to tell a story with honesty and heart and that means working hard to challenge ourselves to find the truth in the text and in the action.

What was your process in terms of creating the show?

I developed the script with The Royal Court and in rehearsals am continually listening to make sure I’m giving the actors the right words and making cuts where necessary.

Have you taken anything new away from creating the show?

There is something to learn from each piece of work you do. We are still in the middle of the process so it’s hard to say. But I do think as a writer it’s important to keep interrogating the text and to remain open. It’s also about knowing when to let go because playwriting is collaboration. We’re making a piece of drama to be performed, not a novel to be read.

I hope it’ll be a funny, entertaining night in the theatre. Also provocative and sometimes uncomfortable. They’ll be watching characters of working class heritage who aren’t often seen on our stages.

I hope the play engenders empathy and compassion and also encourages people to challenge themselves.

Write from your heart.

Work with people you admire.

When it feels hard, keep going, birthing a play can be painful but it’s so worth it.

A Kind of People will show from Thursday 5th December 2019 until Saturday 18th January 2010 at The Royal Court Theatre. To find out more about the production, visit here…