An inevitable part of existence, death determines the end of our life cycle; a dark part of our reality that we only tend to discuss in the West post someone’s passing, if we’re comfortable enough in opening up about it. Jaco Van Dormael and Michèle Anne De Mey’s daring exploration of moments leading up to seven character’s demise brings light to the normality and mundanity of life, as well as it’s unpredictability as we have no idea of knowing when our time will come to an end. 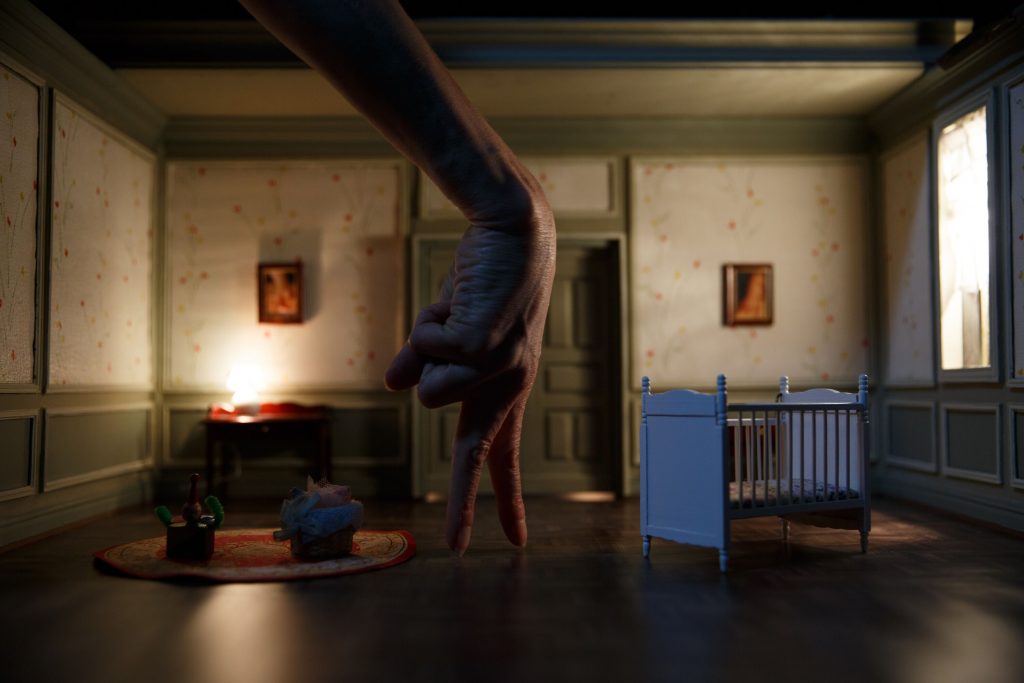 Deliberately showcasing the work that goes into creating the many magical cinematic moments witnessed on screen throughout the evening, the Kiss and Cry Collective navigate their way through intricate miniature sets – this creating a process in which we take in the art as the collective assemble and direct/craft the action we then witness on the screen up above. This produces an an alternate way of taking in the action, challenging how both theatre and film can be consumed. Inventive from the get go, a plane crash, forest, various city scapes, a Hollywood film set and strip club amongst various settings immerse us into this art house world. Sylvie Olivé, François Roux, Juliette Fassin, Théodore Brisset, Brigitte Baudet, Daniella Zorrozua’s fantastic set designs further add to the magic of the evening.

Playing as part of the London International Mime Festival, artistry and innovation are attributes I associate with the festival, and attributes I leave the Barbican thinking of with Cold Blood. Each episode, miniature scenes that could take on realities of their own, our attention focusing on various stage dynamics that heighten our senses, consistently keeping us entertained for the 80mins. Toby Regbo’s narration gives Cold Blood its considered yet sardonic/self deprecating/dry humoured undertone – it keeps the evening light hearted yet simultaneously thought provoking.

A meditation on death, its cyclical structure helps reinforce the repetitiveness of life and death, it’s inevitability, its universality. A dark topic explored via art house, the macabre has an alternate angle placed on it, the evening an example of creativity at its best. 5/5

Cold Blood is currently showing until Saturday 1st February at the Barbican as part of this year’s London International Mime Festival. To find out more about the production, visit here…