A somewhat sharp, almost timely reinterpretation of the Ibsen classic, subtly and nuance lack an authenticity and believability that let this show down. Stef Smith’s dialogue shows real potential and has its moments, but never follows on this, thus preventing you from fully diving in. 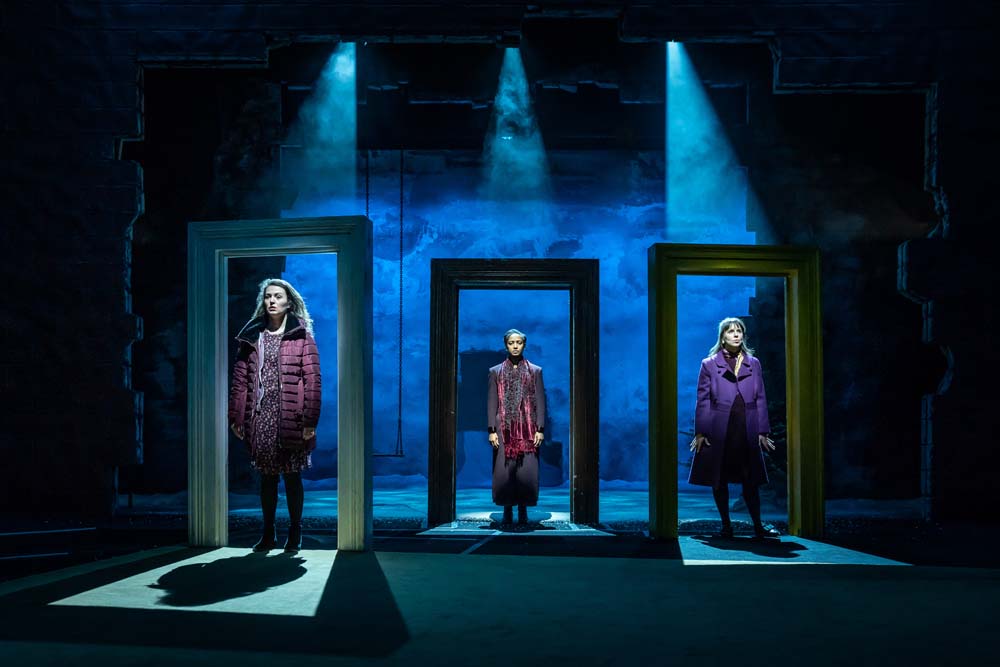 Initially exploring a relationship rife with power-play, masquerading as loving banter, Elizabeth Freestone’s direction seems to explore this, while failing to push this, making the show a little too comfortable.

The intention behind this show is brilliant, and conceptually has merits. The narrative is split between three Noras; One in 1918, just after the vote, one in 1968 after the popularisation of the pill and on the cusp of Roe v Wade, finally one in 2018, which has interesting promise. After setting up the parallels between these stories well, this is never used to put across a point rather than just use the three actors interchangeably, throughout this, it is in danger of conflating all women’s experiences.

The show struggles with splitting the narratives and making this clear to the audience, as a result, it falls into expositional tropes. But then in detailing the three women’s’ experience, there does arise an unapologetically feminist style, which strikes hard in the play, and to great effect.

On the other hand, there is a distinct subtlety to the movements and it is within these deft stage proxemics an internal dialogue is explored and elaborated on in the multi-rolling.

Initially, tension is built well, however, this plateau’s later on making the final act feel rather unengaging, due to strange pacing.

The message behind this play is compelling and timely, but the method by which this is presented throws away the subtly it dabbles in early on.

The performances are good on the whole, however, they are never given the space to settle into their character and flesh out the nuances. On the other hand, Anna Russel-Martin is very compelling and does stand out, developing a believability that intrigues the audience. Luke Norris offers a playfulness that injects brief moments of comedy into the show.

Overall, the script has its moments, as do the actors and the design is well put together, however, I could never truly believe the characters or immerse myself. Perhaps that’s intentional. 2.5/5

Nora:A Doll’s House is currently showing until Saturday 21st March 2020 at the Young Vic Theatre. To find out more about the production, visit here…