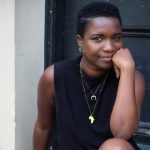 Sexuality is a component of ourselves that makes us who we are, it’s a personal preference that only we should have the right to own. However when there are laws and societal expectations placed stopping you from living your truth, this can often leave many feeling isolated with nowhere to turn to. Addressing this topic further in her debut play The High Table, Temi Wilkey talks to us ahead of the show about the importance of exploring LGBTQ+ issues and culture, how both the Bush Theatre and Birmingham Repertory Theatre helped realise her story and her journey  towards co-founding ‘Pecs, The Drag King Collective’.

Hi Temi, your show The High Table will show from 8th Feb until 21st Mar at the Bush Theatre. How are you feeling ahead of the show?

I’m feeling so many things! Excited, nervous, proud that it’s on! It’s really special to see actors performing the words that you wrote. You start to see the whole thing afresh and you get gripped by the story, amused by the jokes and moved by the words, as if they didn’t come from you.

The High Table is an exploration of LGBTQ+ issues, family, culture, relationships and tradition. What inspired you to explore these themes further?

I think they’re all issues that are really important to me. I’m bisexual and really proud of my sexuality in my daily life but that pride is often complicated when family or African culture comes into the picture. It felt like a rich ground to explore, especially when I started to research and discover that much of the homophobia within Nigerian culture (and Africa more generally) is only there because of colonial influence.

The play became an important vehicle to marry the two communities that mean the most to me and, beyond myself, became (what I hope is) a gift to black queer people.

The High Table is your debut show which has seen you supported by the Bush Theatre and Birmingham Repertory Theatre. How have you found the process of developing your show?

Really amazing. I think the most unsung heroes of this industry are dramaturgs. They ask all the important questions and help you to refine your ideas and develop what it is that you’re trying to say. Working with DeirdreO’Hanlon (Associate Dramaturg at the Bush) alongside Lynette Linton and, our director, Daniel Bailey has really helped to develop the play into something I can be really quite proud of.

Have you learned anything new from creating your debut show, whether that be about yourself or the process?

I’ve learnt that I take notes on my writing quite well. I think it’s because I’m an actor as well, so you’re often being re-directed in that role. But I really like being told what someone thinks isworking and not working in my play. What’s great about being the writer is that you’re much more in control and you don’t always have to take the notes onboard.

But I really love the spirit of collaboration. It’s been interesting learning when it’s better to stand your ground and stick with your instincts about a dramatic choice or listen to a note that someone’s given you and radically change what you’re writing.

As well as writing, you’re an actor and also the co-founder and co-director of ‘Pecs, the Drag King Collective’ which has seen you perform at various renowned venues. What inspired you to form the collective? How have you found the experience of being apart of the pioneering collective?

I was inspired to form Pecs, with my then co-director and forever friend Celine Lowenthal, because I didn’t know what a Drag King was. Neither of us had ever seen any, when we first started, and it felt exciting to discover how to perform masculinity and radical to create work through that art form.

It was incredible to work with the company for so many years. I think it helped me to find the queerness in my voice, before I started writing. In our full productions, I think we really pushed the boundaries of theatrical form and blew apart people’s expectations of cabaret. So I think it taught me a lot about playing with form and working outside of a narrative structure.

I left the company early last year to focus on acting and writing but am super proud of what we achieved together and so excited to watch more Pecs’ shows as a giddy & gleeful audience member.

Above all, that homosexuality is not unafrican. And, hopefully, that queer love is sacred.

Write the thing that you want to write! Whatever that is. No matter how mad it is or how unlikely it is to ever be programmed. If I’d focused on writing what I thought might get staged, this play would never have been written. I think the only way that you can develop your voice as a writer is by writing whatever it is that you really want to say.

The High Table will show from Saturday 8th until Saturday 21st March 2020 at the Bush Theatre and from Tuesday 24th March until Thursday 9th April 2020 at the Birmingham Repertory Theatre. To find out more about the production, visit here...