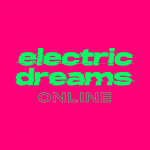 From Friday 24th July until Sunday 16th August, the Electric Dreams Online Festival will showcase various works responding to the digital world we find ourselves in. A mixed programme of web-native theatre, music and experiences, Electric Dreams explores the use of social media, audio, visual, mapping and Virtual Reality as a means of telling stories. Taking part in the latest edition of the festival are composer Jamie Perera, artist-filmmaker Katharine Round and journalist Leah Borromeo with their audio-visual experience Twelve Thousand Years in Fragments – an addition to their Climate Symphony Project. Ahead of the experience, the collective tell us more about what to expect!

Hi Jamie and Katharine, your show Twelve Thousand Years in Fragments will take part in this year’s Electric Dreams Online Festival from 25th July to 11th August on selected dates. How are you feeling ahead of the festival?

Excited! Overworked! Nervous, but in a good way.

Twelve Thousand Years in Fragments is a participatory audio-visual experience re-imagining 12,000 years of human influence on earth as a 40 minute symphony of sound and images. What inspired you to explore this particular topic?

It started with the idea of telling stories through sound in a project called Climate Symphony. Sonification — one of the techniques that Climate Symphony uses — is not a new idea, many have done it before and it appears across many disciplines in both science and art.  However we are lucky in our approach; having the different heads that came with a team comprising a composer (Jamie Perera), film maker (Katharine Round), and journalist (Leah Borromeo), provided a multidisciplinary perspective from the outset.

Now we are getting into the territory of not just sonic representation but also visual fragments of memory, footage from the past and present – all performed live. So every performance of Twelve Thousand Years in Fragments over the course of the Electric Dreams Online Festival will never be the same.

In some ways the premise of the piece is ludicrous – how can you make sense of such a vast timeframe? The idea of “lost” imagery has always intrigued us, the material that has been left behind on the internet, and specifically left in one specific place – the Internet Archive. It’s almost an online “box of memories” and began in the mid-90s, when the internet was in its infancy. It aims to catalogue what we collect and record yet there is a tension because everything on there is free – attaching no financial value brings a strange mish-mash of things that are considered either supremely important or completely ephemeral.

In looking through this material, it felt like it echoed something – as we stumble through life we don’t necessarily know what is meaningful at the time. What we hold on to are the moments that move us, or that we consider of significance, for good or bad, and in itself that reveals something about human character.

That this is a piece comprised visually of fragments, also raises questions about the gaps. It is an incomplete picture by definition. It’s not just what we see, but how we see, who we see. There is hidden power behind it – who is able to keep these records, and what do they value?

The show transforms numerical data into sound and a collage of ‘lost’ imagery from the audience online which will be created as a spontaneous montage. How have you approached using both sound and visuals to create the piece?

The sound is our timeline – our data driven guide through anthropogenic events (such as the origin of farming, the industrial revolution etc) and also allows us to hear earth system and socio-economic trends such as atmospheric CO2 levels, biodiversity decline, resource consumption and population growth.

In regards to the visual side of the piece, it is approached with a spirit of discovery and curiosity. The idea of making a film “live” is inherently fairly terrifying, but there is something very freeing also in allowing for synchronicity and chance. I don’t know how or what will come together each time, and I’m sure some of it will be provocative, some of it banal, and overall it will raise some interesting questions for all of us.

The show forms part of the ‘Climate Symphony’ Project, which includes previous works ‘Oil Coal and Gas for Three Cellos’ (Serpentine) and ‘Flatline’ (Barbican). What does each work entail and how do they all link together?

Numbers and datasets are often very difficult to respond to, and Climate Symphony began with the idea that expressing impenetrable ideas through sound provoked something emotional, transforming our relationship to it. We have been commissioned to make a number of different pieces exploring this concept, each time foregrounding a different aspect. In Oil Coal and Gas for Three Cellos for instance, the work is expressed as a live performance, each cellist embodying one fossil fuel. Flatline enabled us to incorporate a visual element for the first time, with fragments of visual “data” alongside the sonic narrative.

Every work we produce allows us another way to explore our own feelings about climate change, and represent a sometimes hard to articulate tapestry of how we got to here – a present where climate change is real, acting and inescapable for our entire species. We’ve been working on this project for 5 years, and even in that short timeframe so much has changed in the way we view the climate emergency we find ourselves in. So the exploration is ongoing and becoming more relevant in different iterations.

How have you found having to adapt your practice during this unpredictable time.

This IS our adaptation 😉 We are very grateful to Electric Dreams for helping shape this particular iteration. We were about to perform our first orchestral performance as part of the CPH:DOX Festival in Copenhagen on the 22nd March this year. Lockdown in the UK happened on the 23rd March, so you can imagine how for us live performance, in a venue, with a crowd of people sitting together, became comprehensively non-viable almost in the space of a few days. We have very quickly learned about streaming, networking computers and becoming core performers ourselves – something that we never really thought would happen a few months ago.

Well, it’s completely unpredictable, but likely to be a lyrical, surrealistic, poetic and at times dark delve into humanity’s “memory”, that is, the vast swathes of both numerical data and visual recordings left for free on the internet (and, indeed, in the phones and computers of the audience). We don’t know what we’re expecting either, and we hope this process of discovery is thought-provoking for all of us.

Whatever comes up for them. To sit through something like this, to contribute and therefore see their own memories become part of a piece that has such a timeline attached to it… We hope it will bring some meaning, although we would not want to speculate on what that meaning would be.

How do you envision theatre moving forward within our digital age?

Like this hopefully. Everything is closed but we still want to perform, we still want to feel part of an audience. In adapting our work to be part of the Electric Dreams Festival, we are actively interrogating new forms of expression. We hope that this can show that we can still entertain ourselves, while sharing meaningful experiences in the face of our current situation.

Twelve Thousand Years in Fragments is playing as part of the Electric Dreams Online Festival from Saturday 25th July until Tuesday 11th August, to find out more, visit here…