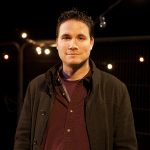 Touring rural parts of the UK has played an integral part in the work New Perspectives creates, bringing a range of stories to rural isolated audiences. Months post the the Covid-19 crisis, the way in which theatre is shared has shifted in response – creatives now showcasing their work via online streaming. Offering an alternative take on reaching audiences, New Perspectives present Love from Cleethorpes, a postcard drama that will play out over week in August. Ahead of the show, Artistic Director Jack McNamara tells us more about what to expect!

New Perspectives will be sharing their show Love from Cleethorpes this August. How are you feeling ahead of the unique show?

I am intrigued and excited. In the age of so many digital experiences it is nice to return to such an evocative and tactile medium. A postcard arriving through your letterbox is innately more dramatic and personal than an email in your inbox.

A six part drama written on a series of specifically designed postcards in which a different card will arrive in the audience members household each day, Love from Cleethorpes is a way of reaching isolated rural audiences. The piece connects two people over a 30 year time period from Cleethorpes to Nottingham via New York. What inspired you to explore this narrative?

I was inspired by the contradictions of the postcard medium – the fact that it’sa relatively public platform (ie. not hidden in an envelope) and yet is usually very intimate in its content. A postcard is usually an attempt to connect with someone quite closely, rather than a means of delivering information. SoI started to think about that yearning for connection, particularly at the time we find ourselves in now. That led me to imagining a person later in their life who longed for an earlier time and an earlier relationship. I realise then that the medium could travel us through time as much as it could through place, so I began to explore that significant gap in a lifetime between young adulthood and the beginnings of old age.

I had absolutely no idea and no map so instead I just started writing. In a sense I wrote the story and characters into existence through trial and error. What became clear from early on, given how small the platform is, was how huge the pressure on choosing exactly the right words and giving exactly the right amount of information was. My motive throughout was to create a correspondence that felt real. If I was to get too poetic about it, then the audience would lose the sense that they were voyeurs on an actual correspondence. SoI started writing in a slightly messier way, the way people tend to on those cards – lots of underlining and unnecessary exclamation marks! It was about writing to give information but also to hide the true feelings that lay underneath the exchange. Then the postcard images started to become as crucial as the words. Effectively this was our theatre design so we had to develop the progression of images very carefully.

Designed on postcards, the show offers an alternative to the digital work we’recurrently witnessing. How have you found having to adapt your usual rural tours with figuring out a new way of reaching audiences?

Of course we miss the immediacy and richness of performing live in a packed room of people. But once it became clear that that was not going to be available to us for the immediate future I spent very little time lamenting it. Instead it forced us into some very crucial thinking – how can we still give meaningful experiences to audiences when they cannot get together. This postcard project is not a replacement of a rural tour but is an extension of the intimacy and hopefully specialness of bringing a piece of creative work into your life. This time has helped expand my sense of theatre – it doesn’t need to just be actors on stage in front of a big room of people.  For me theatre is about an event(ie. a performer stepping on stage or a postcard arriving on your doorstep) that creates a live tension between audience and object.

You’ve been Artistic Director of New Perspectives since 2012, the company’s ethos within four decades to ensure high quality works reach rural communities. How have you found your time as Artistic Director? What have been the rewards and challenges of creating and touring work? How have audiences responded to shows toured?

I am endlessly inspired by the huge variety of international art and artists we work with and with the vast number of places and communities we play. There has never been a dull month. Our shows can be running, at any given time, in village halls, in schools, in theatres, at an international festival or in the West End. Now our shows are appearing online and in letterboxes. The beauty with theatre is that it has no fixed shape; it can appear anywhere in almost any form. Suddenly the computer screen has become a world stage.

But nothing will take the place of touring live work into the heart of communities.  We have brought stories from Finland, Nigeria, America, Jamaica, South Africa and Denmark into some of the most remote locations in the country. It has been a huge privilege to be able to bring cultures into creative contact that may not have had many opportunities to cross paths. I have found our audiences, particularly in rural settings, to be open, attentive and up for being challenged and enlivened. There is a real sense of event in rural village halls and it is a great challenge to us to make sure we always deliver.

Six postcards will arrive on your doorstep over the course of a number of days. Each one will offer a new insight into a relationship and a story. As audiences collect the cards they construct the narrative and imagine the characters at its centre. By the end I hope that through these simple cards they will have felt that glimpse of lives lived and have a story in their own heads that will live with them for some time after the last delivery.

I want their imaginations to be swirling as they piece together the story of lost love told through the cards. I want them to feel that, even though this is not conventional theatre, it is a living piece of art that they can hold in their hands and share with others. Ultimately this intimate project is a gift to our audiences. A way of saying, ” we will be together again soon, but in the meantime here’s a brief daydream.”

For more information on Love from Cleethorpes, visit here…