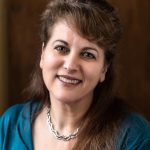 Seeking inspiration from various female scientific pioneers who have helped to shape the field, HMDT Music’s production, Jina and the STEM Sisters will highlight their often unrecognised achievements, fusing puppetry, music and theatre to present an online musical for families to enjoy. Available to stream online via the HMDT Music website, Creative Director Tertia Sefton-Green tells us more about acknowledging these important achievements, working on the show’s musical element and what she’s learned from creating the show.

Hi Tertia, HMDT Music will present Jina and the STEM Sisters, an online musical show for primary school children and families. How are you feeling ahead of the release?

I’m excited to see how people respond to the film which I’m of course very much hoping everyone will enjoy, and am also inevitably feeling a little anxious. It’s the first time we’ve created and presented a film of a production in this way, so it’s a new and unknown format.

Jina and the STEM Sisters places focus on historical female scientists and mathematicians whose work has often been unrecognised. What does it mean to be able to take part in a project such as this?

We created the project to highlight a world which is still very under-represented by women to inspire young people, especially girls to become the STEM women of the future. I explored so many extraordinary women, too many to include all, whose pioneering discoveries and contributions developed and changed the path of science and maths, who so often had to struggle to be heard and who dedicated everything, sometimes even their lives, to their work. Everyone involved in the project has been humbled by these women’s experiences, but it has also been a huge amount of fun bringing them to life for the show.

What has your work involved in terms of working with the cast and creative team to realise the show’s musical element?

My role as Creative Director at HMDT Music has included commissioning many operas for young people to perform, so the musical element was of key importance. I discussed with writer Rachel Barnett-Jones how we wanted each historical era the women came from to be represented musically, which she wove into her wonderful lyrics. I worked closely with composer Jenny Gould who has produced a fantastically eclectic score ranging from her take on Handel, rap, Gilbert and Sullivan patter-song, funk, 40s musicals and her own music theatre style. Our compositions have always included devisary workshops and so Jenny worked with our music theatre group I Can Sing! in composition workshops enabling them to contribute their own musical ideas. My colleague David Keefe and I then rehearsed the children on Zoom before they recorded their songs with Jenny at the Premises Studios. I was also delighted to bring on board some marvellous professional singers and players to record the music.

Jina and the STEM Sisters is also accompanied by workshops and educational resources, how have you approached creating these additional elements to the show?

All of our work is underpinned by a range of education resources for schools – it’s a chicken and egg as to which comes first sometimes! I commissioned two science educators to develop interactive workshops which go to participating schools; Jules Pottle’s is on Mary Anning and fossils and Rowena Fletcher-Woods is on crystallography featuring three British chemists. Jules and Rowena also wrote around 20 detailed lesson plans, games and resources which link to every woman featured in any element of the project, so that KS2 children can learn all their science curriculum through the work of our STEM Sisters. We also created a Heritage Zone gallery featuring all our women giving biographical information and an insight into their lives. This and the resources are an ongoing work in progress but the 20 schools participating in the project over the summer have access to all of these online materials on our new website, as well as visits from our workshop facilitators.

Have you learned anything new from taking part in the project?

Of course! First, I’m not a scientist and although my work always involves historical research, it was a very new world for me to enter and I have learnt a huge amount from my specialist colleagues. Second; working with a female team in a particularly close collaborative process, not to mention having to organise everything during Covid and working within the confines of social distancing, teaching online sessions, masks etc! The H&S aspects were luckily made less daunting with the skills of our great Production Manager Tammy Rose. Although I had some experience working with puppets, making a show with only them and not lots of children was new. It’s been fascinating to include several different types of puppetry thanks to Sophia Lovell Smith’s gorgeous designs and see how skilfully puppeteers Ruth Calkin and Nix Wood bring them to life. Creating a show which is for the live theatre but whose first outing is as a film was another new journey. It’s been a wonderful learning curve and an extremely enjoyable one.

What can viewers expect from the show?

Expect the unexpected – puppets who rap, radiate and relish in their life experiences. Immersion in scientific story-telling with a touch of magic. A whirl of historical costume and music. A lot of humour and fun. And hopefully a glow of satisfaction and joy for our protagonist Jina who finds her way, on so many levels.

What would you like for viewers to take away from the show?

An excitement and insight into the world of science and maths in a way that is perhaps new to how it’s been presented to them before. A thirst for more and an eagerness to learn. All the songs bouncing around in their heads! A huge sense of enjoyment!

To access Jina and the STEM Sisters, visit here…